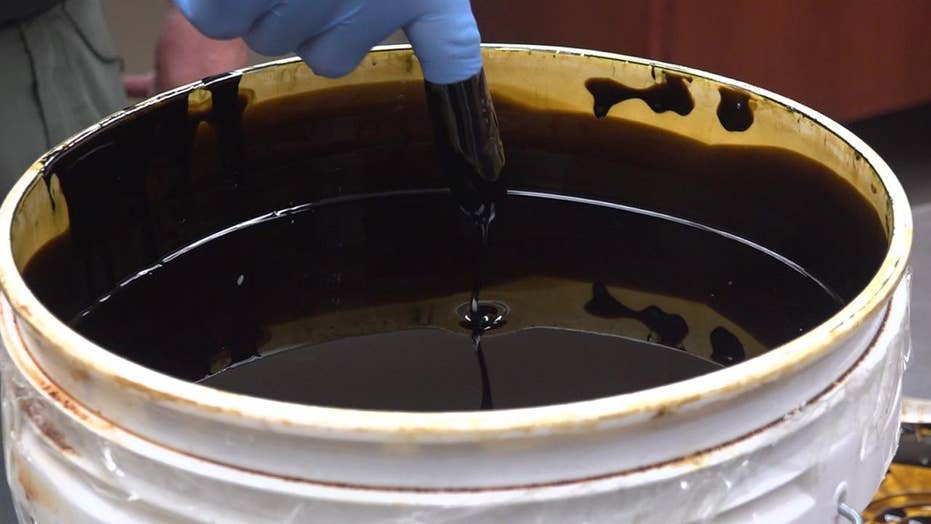 Arizona Sheriff's Deputies are struggling to keep up with the amount of illegal marijuana coming across the border. Things have gotten even harder as Mexican cartels are now smuggling what's called 'crude oil' marijuana. It's one of the strongest forms of THC vaping and it's proving to be deadly. The vaping cartridges sell for about $50. They're not only being sold on the black market, but on social media too. Detectives were able to track down a dealer near Phoenix, right from his home operation.

“Our Seizures are up, our arrests are up, the dangers for our deputies has increased dramatically,” said Maricopa County Sheriff Paul Penzone.

It’s one of the strongest forms of THC vaping and it’s proven to be deadly.

“This is a social issue that is going to lead to the loss of lives, we know we’ve seen things such as suicides, we’ve seen young adults die from the implications of the chemicals themselves, we’ve seen mental health challenges from this drug itself, therefore, everyone should be concerned,” said Sheriff Penzone.

Detectives say legal marijuana vaping cartridges contain at most 30 percent of the high inducing THC, but this new ‘crude oil’ version contains up to 80 percent THC.

Detective Matthew Shay with the Maricopa County Sheriff’s Office said once the black crude oil marijuana is brought into the U.S., it’s then brought to illegal processing labs where it can be distilled or cleaned, ready for vaping. Sheriff Penzone said it's hard to put a number on just how many illegal labs are around Phoenix -- but he estimated there are at least dozens.

“I started law enforcement in 1988. I don’t know if I’ve ever seen a time where the complexities of illegal drug distribution and the adverse impact it has on our community has been more severe than what we are seeing right now," Penzone said.

The vaping cartridges sell for about $50. They’re not only sold on the black market but on social media, too. Detectives were able to track down a dealer near Phoenix who started trying to peddle cartridges on his social media accounts, police said.

Vaping cartridges found at an illegal operation to the east of Phoenix. (Stephanie Bennett/Fox News)

“So 25 gallons of crude and we recovered about 10,000 cartridges total off of that one guy…We located him through advertising to his various clients through social media….he had his own warehouse where he had a large lab set up there,” Shay said.

Detectives said making the crude oil is dangerous. Marijuana leaves are washed with harmful chemicals like propane or butane, which extracts the high inducing THC. It’s then mixed with ethanol and distilled several times to make it more translucent, ready for vaping.

“The growth of that industry has been incredible," Penzone said, "beyond our ability to stay out in front of it.”

Scott Stewart, VP of Tactical Analysis for Stratfor, a leading geopolitical intelligence firm based in Austin, Texas, said they’ve noticed a lot more seizures of this cannabis crude oil coming across the border.

“Every organization that’s involved in cultivating and smuggling marijuana is going to be adopting this just because it’s a way to get rid of the marijuana that they have, that’s not as popular here but also just because of the fact that it’s more compact so it’s just really a much better product for the cartels to move than those big bulky, you know, bricks of marijuana,” Stewart said.

The Maricopa County Sheriff’s Office and other statewide law enforcement agencies are trying to get the upper hand.

“So, we have a health crisis, we have a crime crisis and we have an epidemic,” Penzone said.

The Maricopa County Sheriff’s Office said it was actively trying to track down where the drugs were coming from.

“We are going to be very aggressive to try to target the most impactful points of distribution. If we can track it all the way back to inception and stop it there, that’s what we are going to focus on but we are targeting everyone along the way," Penzone said. "Tut this is not a law enforcement issue that can be solved by our tactics alone.”