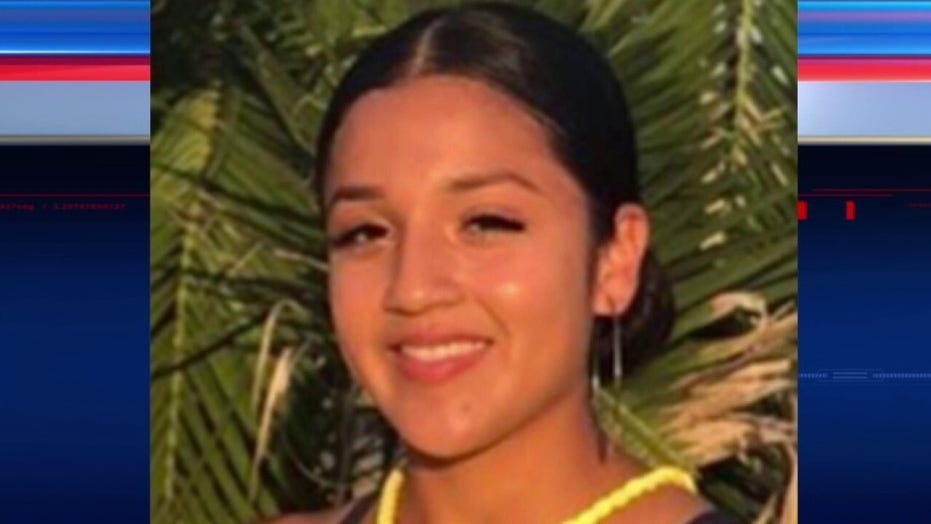 A family attorney has confirmed to Fox News that the human remains in question were identified as missing Fort Hood soldier Vanessa Guillen; Jon Scott reports.

The remains of Spc. Vanessa Guillen, a 20-year-old Texas soldier who disappeared back in April, have been positively identified, a family lawyer confirmed Sunday.

Guillen’s remains turned up last week in a shallow grave near Fort Hood, where she’d vanished. The discovery prompted a manhunt that ended when the suspect, Spc. Aaron Robinson, pulled a gun and shot himself as police were trying to make contact with him.

The human remains appeared Tuesday near the Leon River in Bell County, about 20 miles east of Fort Hood, in the search for Guillen.

Dawn Gomez and her granddaughter at Vanessa Guillen's mural, painted by Alejandro "Donkeeboy" Roman Jr., on the side of Taqueria Del Sol, last Thursday in Houston.  (Houston Chronicle via AP)

Natalie Khawam, her family’s attorney, said the Army called her late last week to confirm that those remains were, in fact, Vanessa Guillen.

“We are at a loss for words. Our country has lost a beautiful young soldier. Enough is Enough!” Khawam said in a statement. “Congress needs to pass the #IAMVANESSAGUILLEN Bill immediately so this never happens again.”

The “#IAMVANESSAGUILLEN Bill,” refers to a push from Guillen’s family to pass legislation that would create a third party where military members could report sexual assault and harassment – something Guillen reportedly disclosed to her family shortly before her death.

Khawam later added, “The Army called me to confirm that the bones, hair and other remains found belong to Vanessa Guillen. Today they informed the Guillen family at their home. We had the family priest there to help Mrs. Guillen with the process and grief.”

A criminal complaint released Thursday by the U.S. Attorney’s Office for the Western District of Texas said a civilian, 22-year-old Cecily Aguilar of Killeen, Texas, has been charged and arrested in connection with helping hide Guillen’s body. The document accused Aguilar of helping Robinson get rid of evidence after he bludgeoned Guillen with a hammer at Fort Hood in Central Texas and later dismembered and dumped the body.

Aguilar was arrested Wednesday and was being held Thursday in the Bell County Jail in Belton, Texas, according to booking records. It was unclear whether she had an attorney to speak on her behalf.

Khawam said the U.S. Army Criminal Investigations Division told her Robinson cleaned up the area where Guillen was killed, placed her body in a container and wheeled her out to his car. After driving to pick up Aguilar, Khawam said, the pair drove to a nearby river and tried to burn Guillen’s body, but later chopped it up with a machete. Then, they allegedly put cement on the body and buried the remains.

Relatives had said they believed Robinson sexually harassed Guillen and were calling for a congressional investigation, Khawam said Wednesday.

Guillen’s older sister, Mayra Guillen, told The Associated Press on Thursday that her sister had spoken with their mother about experiencing sexual harassment. From their text conversations, Mayra Guillen said she believed her sister was afraid during her time at Fort Hood.

Guillen was last seen April 22 in a parking lot at Fort Hood. She was set to be promoted to specialist this month. Her car keys, barracks room key, ID card and wallet turned up in the room where she was working the day she disappeared.