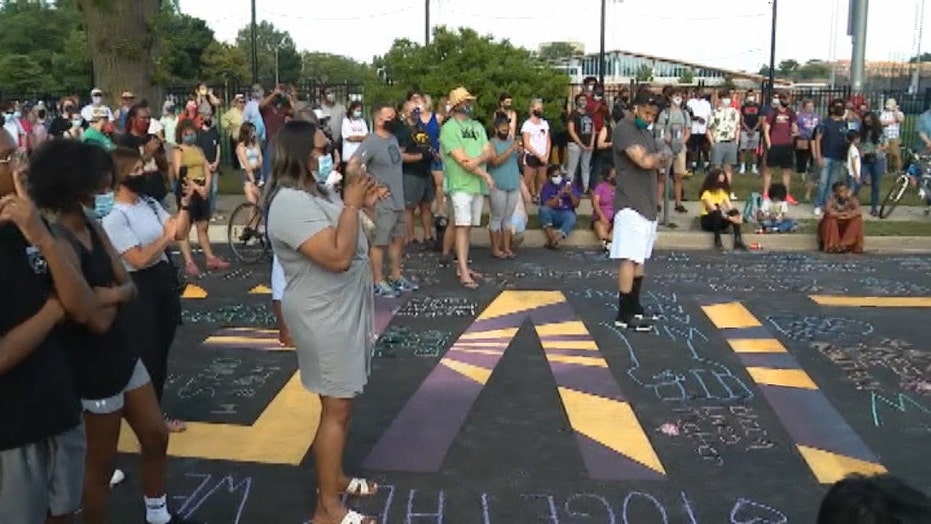 Oak Park officials express sadness and disappointment after mural is defaced while artists say this just proves the need for more people to hear the Black Lives Matter message.

A Black Lives Matter mural painted on a street in a village outside of Chicago has been altered to say “All Lives Matter.”

The incident in Oak Park is now being investigated by police as an act of vandalism, officials say.

“The movement lives within us,” Kasani Cannon, one of the artists who painted the mural, told Fox32 Chicago. “You can paint over it, you can drive over it, but once this mural dries, our movement still goes on.”

DEREK CHAUVIN TOLD GEORGE FLOYD IT TAKES ‘A LOT OF OXYGEN’ TO TALK WHEN HE REPEATEDLY SAID HE COULDN’T BREATHE, TRANSCRIPTS SAY

Zaria Gilmore, another one of the artists, added that it was “not shocking at all to see there are people who thought they were entitled enough to paint over what we've done here.”

An image the station obtained of the vandalism shows parts of the letters in the “Black” portion of the mural erased and altered to say: “All.”

The village says they are working to restore the mural to display its original message.

“The mural is considered a testament to community acknowledgment of the Black Lives Matter movement that has focused public attention on the inequities and systemic racism that have such a negative impact on people of color,” Oak Park said in a statement.

In a separate incident in California, police in the city of Martinez are investigating the painting of “White Lives Matter” on a street days after two people were charged with defacing a sanctioned Black Lives Matter mural in the same area, according to the San Francisco Chronicle.