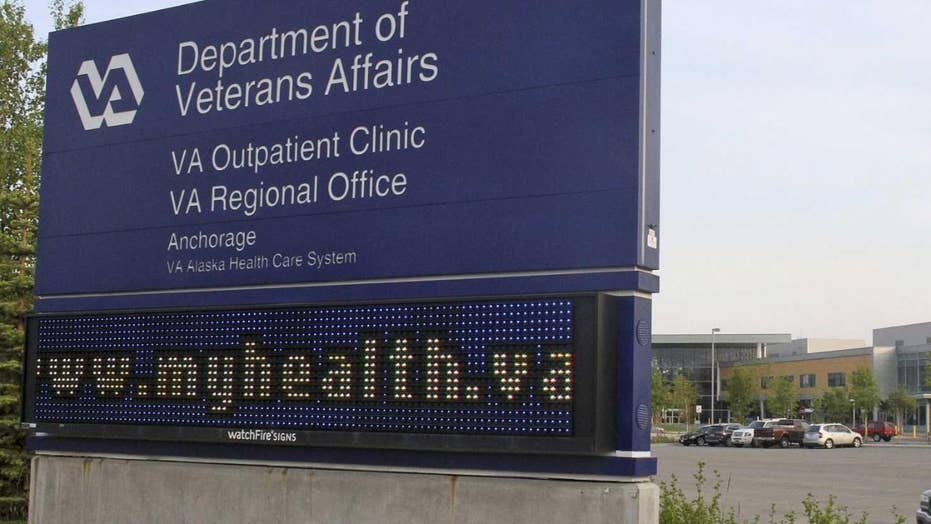 A doctor kept his VA job, but is not treating patients after becoming a whistleblower

A well-respected pain management doctor who blew the whistle on patient safety problems at a Department of Veterans Affairs facility in Missouri will be fired by the VA – despite being backed by powerful U.S. senators, the VA’s own Office of Inspector General (OIG) and the White House.

Dr. Dale Klein, a double-board-certified physician and Yale University fellow, had been hired to open and run a pain management clinic at the Southeast Missouri John J. Perishing VA facility in Poplar Bluff, Missouri, at an annual salary of $250,000.

But last year a clash between VA and Klein, who said he discovered that VA administrators were creating secret patient wait lists and manipulating wait-time records for patients to hide from top administrators long delays in rendering care to vets. He also said some veterans were not taking their prescriptions and instead selling their prescriptions on the black market, while others were becoming addicted to pain medication because they were not monitored and treated properly.

When he reported the problems, his superiors did nothing, Klein said. So he went to the OIG, which investigated Klein’s claims and issued a report. Klein also detailed for the VA changes he believes need to be made to properly care for patients.

In May 28, 2016, after Klein’s superiors found out he had blown the whistle on what he saw as serious problems, the VA closed his clinic, he said, adding that he was then forced to sit in a room with no duties and no patients for more than a year while still receiving his full salary.

“Immediately after the VA found out I made these disclosures, I started to get retaliated against,” Klein said, noting the VA put him on administrative leave and moved to fire him “not based of substandard care or lack of clinical competence” but for “consistent acceleration of trivial matters through his chain of command.”

A months-long standoff then began between the VA and Klein.

Then, on May 12 of this year, the VA told Klein that he must start
seeing patients again by May 24, but without providing a safe clinical area to properly care for his patients. Because the patient care and safety issues were never addressed, Klein continued to request a response to his concerns. On May 31 – literally hours before the OIG report was issued -- a note was slipped under Klein’s office door telling him he would be dismissed and had
until this Wednesday to appeal his dismissal. A date for his dismissal was not included.

“Dr. Klein is employed as a physician at the Poplar Bluff VA Medical Center, and like all of our employees at VA, we expect him to do his job and, in his case, see patients,” James Hutton, spokesperson for the Department of Veterans Affairs, told Fox News. “Since this is a pending matter we cannot discuss details of this case.”

Meanwhile, the OIG completed its investigation of Klein’s accusations and issued a report on the matter, backing a number of Klein’s complaints about poor management of patients at the facility, his attorney said.

FILE - In this May 24, 2013, file photo, an American flag flies in front of the Atlanta VA Medical Center in Atlanta. After two overwhelming votes in two days, congressional lawmakers say they are confident they can agree on a bill to improve veterans health care and send it to the presidents desk by the end of the month. (AP Photo/David Goldman, File) (AP)

Specifically, the OIG substantiated Klein’s allegation of “poor management of long-term opioid therapy for pain” for 10 patients the OIG reviewed. The OIG also found “that a provider lacked knowledge of safe and effective methods for tapering patients’ opioids.”

The OIG also substantiated other allegations Klein made, including that “opioid prescriptions were written for patients without documentation of an opioid risk stratification tool” to identify high-risk patients and that some providers did not consistently use urine tests to evaluate whether patients were consistently using the medication they were prescribed.

“The OIG report identifies the hazardous conditions, yet the VA has not provided me, my client, the Office of Special Counsel, Senate or the veterans any evidence that they have taken any steps to correct the hazardous conditions addressed in the OIG's report,” said Natalie Khawam, an attorney with the Whistleblower Law Firm, which represents the physician.

“The Office of Inspector General confirmed all of my client's concerns, evidencing he was just trying to protect our veterans,” Khawam said. “Instead of the VA rewarding him for his commitment to veterans, they continue to retaliate against him, and have proposed his termination again.”

Klein has been getting support from other quarters besides the VA’s OIG. The White House’s Office of Special Counsel made it clear that since the doctor was a whistleblower, he could not be fired.

“It could set a bad precedent for other whistleblowers because they're going to say ‘I don't want to risk my livelihood, my career, my security because I see what happened to Dr. Klein and I don't want that to happen to me or my family,’” Khawam said.

Further, the VA clinic has allegedly ignored letters from Senate Homeland Security and Government Affairs Committee Chair Ron Jonson, R-Wisconsin, and also Sen. Claire McCaskill, D-Missouri, who in May publicly called for the scandal-plagued agency to halt retaliation against Klein.

Khawam noted that in addition to backing from Senators Johnson and McCaskill, President Trump has said the VA "can't tolerate substandard care for our vets" and is demanding accountability for the systematic abuses that whistleblowers are echoing.

Veterans also have rallied and marched in support of Klein, Khawam said.