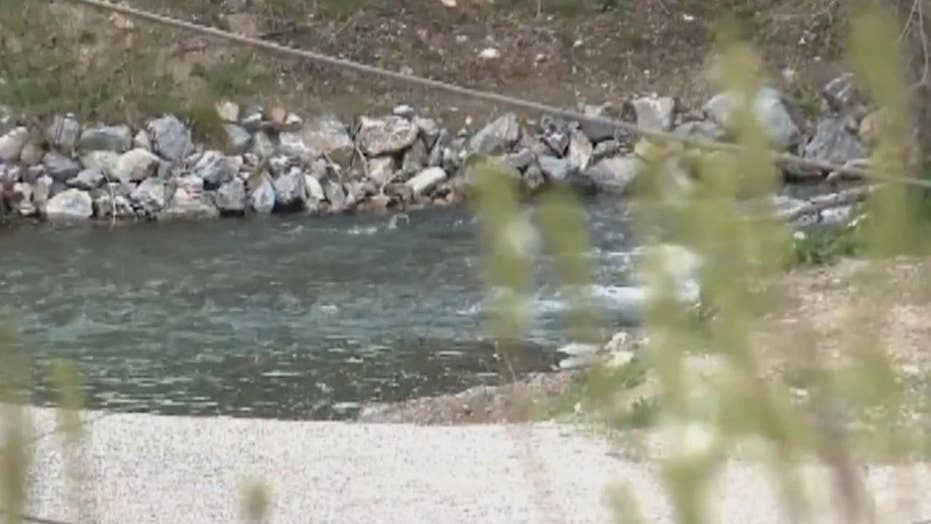 Tragic twist of fate in Utah

A woman trying to rescue her own dogs from a raging creek in Utah ended up drowning.

It happened around 6:30 p.m. Sunday where Parleys Creek flows into Tanner Park in Milcreek.

Police say the 58-year-old victim, identified as Liudmilla Feldman of Salt Lake City, and her husband were walking their dogs at the time.

"The dogs went into the water and got caught in the current, she went in to rescue the dogs, she got caught up in the current," said Lt. Dan McConkey with the Unified Police Department. "It doesn't take much to lose your balance and fall into this water and be swept down."

The husband then went in after his wife, according to police. It was an alarming sight for witnesses in the area.

"So I was coming down walking my dog and I saw a lady getting carried down by the rapids going around and around," said witness Giovanni Bardelli.

Bardelli said what happened next was all instinct.

"I jumped in the water and went after her, the current pulled me around like two times too, but finally I grabbed onto her foot and I pulled her out of the water and took her into shore," Bardelli said.

That's when a couple other complete strangers, who also happened to be walking their dogs, performed CPR.

"By the time I got there she was completely passed out, she was starting to look purple," said witness Jared Gonzalez. "It really is scary seeing somebody lying there not breathing. It really is an experience you can't put into words."

Police said the woman was underwater for more than 90 seconds. She was pronounced dead at the scene.

"This creek runs quick, with the runoff it's starting to run really fast," McConkey said.

The woman's husband did survive. The dogs are also expected to be OK.