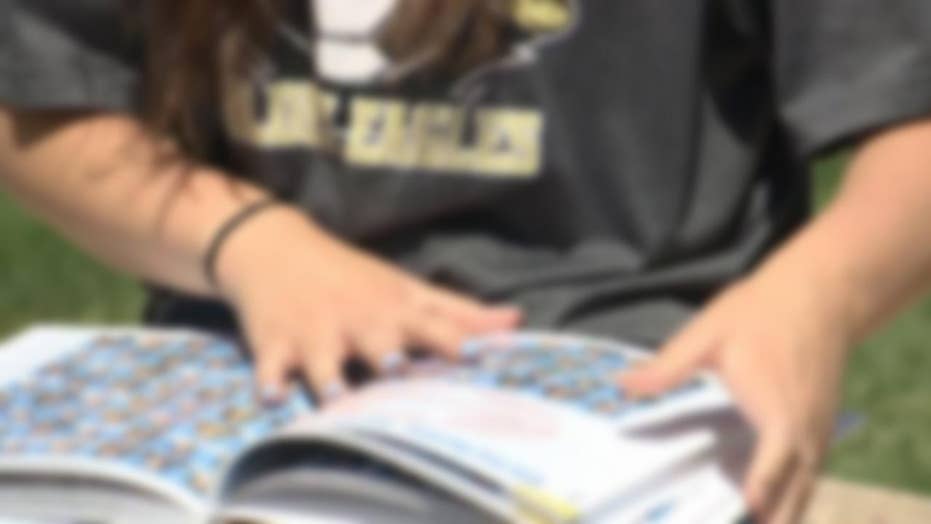 A Utah high school came under fire last week after a page in its yearbook described a rival school as “ghetto,” “trash” and “annoying” among other negative descriptions.

“We acknowledge and accept responsibility for our mistake. We are taking action to resolve the situation and to ensure that something like this doesn’t happen in the future,” officials said.

Some students at Springville were upset by the logo once the picture surfaced on social media.

However, Hullinger was trying to laugh off the controversy.

“Maple Mountain tried taking this cheap-shot right at the end of the year and it just totally backfired on them!” he said.

Emma Huntington, a sophomore and a yearbook staff member at Maple Mountain High School, told the paper that she wanted to apologize for the logo that appeared in the publication.

“When I first saw the logo I was stunned, hurt, and angry,” she told the paper. “I know your school and you are the complete opposite of the words on the logo. You are strong, kind, loving, helpful, fun, responsible, and so much more and I am honored to know you.”

Maple Mountain High School is set to hold an assembly Monday to address the controversy and the school district plans to make T-shirts to unify the rival schools, according to FOX13.