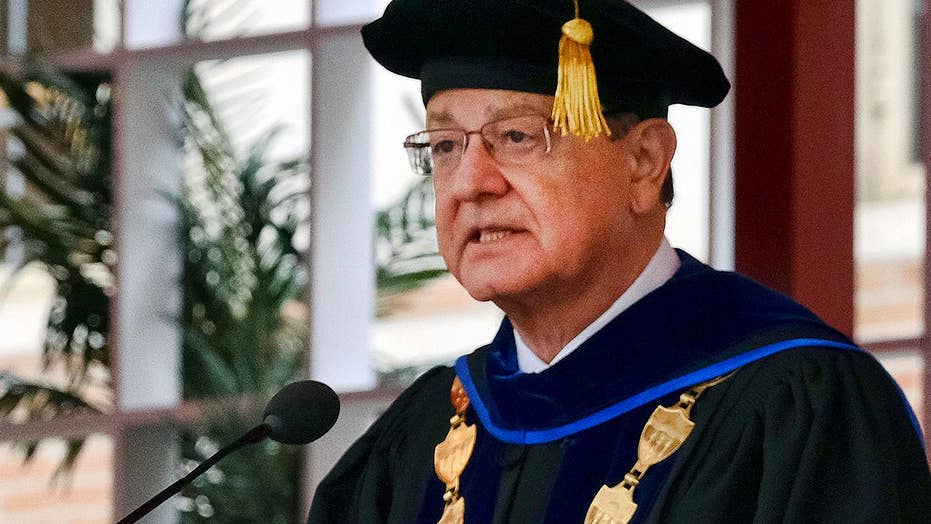 USC president to step down amid sexual misconduct scandal

University of Southern California president to step down amid a sex abuse scandal surrounding a university gynecologist.

As of this week, more than 300 people are now suing the University of Southern California over its alleged failure to prevent sexual abuse by a former campus gynecologist, reports said.

And faculty members renewed a push Wednesday for the university's president to make good on his plans to resign.

The gynecologist, Dr. George Tyndall, 71, was the subject of repeated complaints that he groped female students during campus office visits and made lewd, inappropriate comments about women’s bodies during his three decades at the student health center. He also allegedly improperly photographed students.

Complaints made as early as 1990 were not fully investigated until 2016, said California's state Department of Education, which is investigating USC’s response to allegations against Tyndall.

"It is unconscionable that a world-class institution like USC would ignore repeated red flags and allow Dr. Tyndall to remain in a position where he could continue his abuse of students," said Mike Arias, managing partner of a law firm that on Tuesday filed a lawsuit on behalf of 54 former USC students alleging sexual abuse.

Meanwhile, in the two months since USC President C.L. Max Nikias agreed to step down, many faculty members have grown concerned that he might not be leaving, the Los Angeles Times reported.

A petition dated Wednesday and signed by nearly 700 faculty members was addressed to the trustees. It said there had been “no follow-up” in naming an interim president or searching for a permanent replacement, the paper reported.

“We find ourselves in a state of turmoil and uncertainty,” the petition said, noting that students return to campus in less than three weeks. “President Nikias cannot be the one who stands up to greet new students at the Convocation.”

Faculty members had written two months ago that they wanted Nikias to “step aside to allow new leaders to heal the damage to the university, restore trust of the community, and help us to move forward,” the Washington Post reported.

University board Chairman Rick Caruso could not be reached for comment Tuesday or Wednesday, according to the Post.

Dr. Yaniv Bar-Cohen, president of the academic senate, told colleagues in a letter to the faculty Monday that “there appears to be broad faculty consensus that it would be inappropriate for Nikias to continue in office during the search for a new permanent President,” the Times reported.

“It’s just not acceptable to go back on what was already announced two month ago. ... We really can’t move forward until we have new leadership."

“It’s just not acceptable to go back on what was already announced two month ago,” Ariela Gross, a USC law professor said. “We really can’t move forward until we have new leadership,” the Post reported.

A university spokeswoman declined to comment on Nikias’ status or whether trustees formed a presidential search committee, the report said.

Tyndall could not be reached for comment this week, but he has previously denied wrongdoing.

He has not been charged with a crime, but police were investigating allegations from dozens of women and more than 400 students who made complaints through a university hotline. USC has said it is cooperating with the investigations.

"A blind eye was turned towards these women's pleas for help. ... USC's inexcusable inaction gave Dr. Tyndall the opportunity to abuse countless more patients over many years."

"A blind eye was turned towards these women's pleas for help," attorney Andy Rubenstein said in a statement this week. "USC's inexcusable inaction gave Dr. Tyndall the opportunity to abuse countless more patients over many years."

The Times reported that in a secret deal last summer, top university administrators allowed Tyndall to resign quietly with a financial payout.

USC also did not report Tyndall at the time to the Medical Board of California, the paper reported. The university told the Times in a statement that it was “under no obligation” to report him, but “in hindsight,” USC should have reported him.