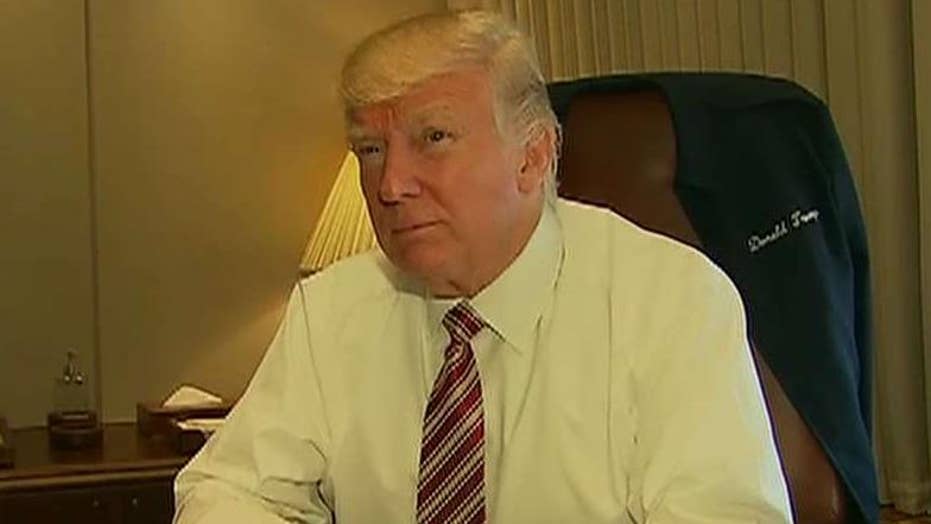 A private plane got within 2 nautical miles of Air Force One, which is closer than permitted, while flying over Florida and the incident is being investigated by authorities, Bloomberg reported.

The planes were flying on a parallel route and there was no risk of a collision during the incident, which occurred 30 miles out on Feb. 3,  sources told the news agency. President Trump arrived safely at Palm Beach International Airport.

The report said that when Air Force One is in flight, Secret Service agents work with FAA supervisors and monitor for threats.

Air Force One is unlike most aircraft. It can be refueled in the air and, with an unlimited range, can take the president wherever he needs to go.

Its electrical systems are hardened to protect against an electromagnetic pulse, and the plane has advanced, secure communications equipment that will allow it to function as mobile command center in the event of an attack on the United States, according to the White House.

The president and most of those who fly with him enjoy 4,000-square-feet of floor space on three levels, including a suite for the president with an office and a conference room.

A medical suite can function as an operating room in an emergency, and a doctor is always on board. The plane has quarters for those who regularly accompany the president on trips, including White House staff, Secret Service agents, traveling journalists and other guests.