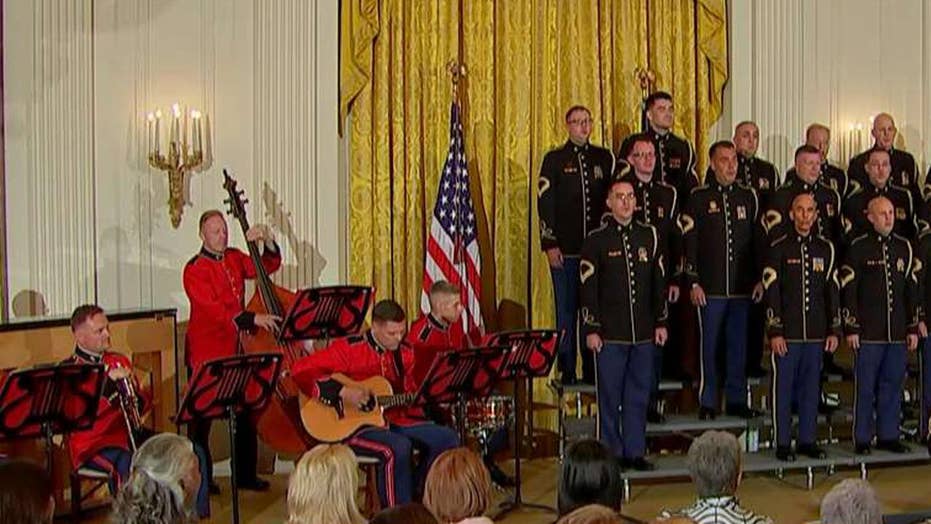 Tighter budgets may force military bands to face the music

From the Revolutionary War to military parades in small towns and big cities across America today, U.S. military bands have been honoring millions since the nation’s founding. But a new government watchdog is asking the Pentagon to prove how it measures success.

“Military music is dedicated to connecting to people both in the U.S. and around the world with relevant public engagement. It is a very hard thing to put a finger on,” said Lt. Cmdr. Mark Corbliss, commanding officer of the United States Navy Band in Washington, D.C.

A new report by the Government Accountability Office says the roughly 137 U.S. military bands -- including some 6,500 musicians -- must now justify their $303 million annual dollar budget. "The military services' approaches do not include measurable objectives or performance measures," the report states.

But the Pentagon says it's actually $437 million dollars, meaning it spends more money on its bands than the $407 million that NATO ally Latvia -- located on Russia's border -- spends on its entire defense budget. 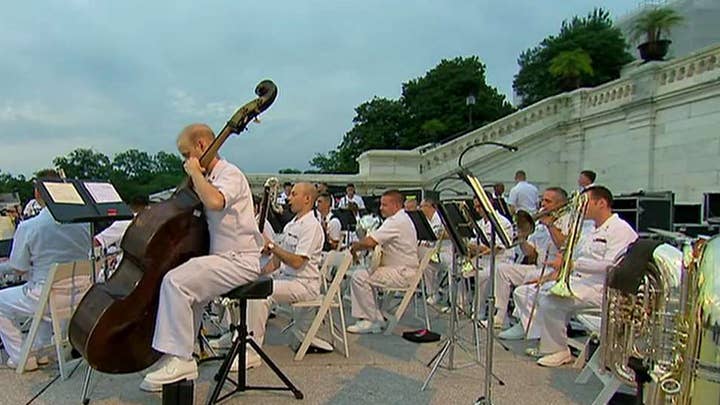 Cmdr. Patrick Evans, a Pentagon spokesman, says the amount the Defense Department spends on its bands is 0.09 percent of the total defense budget.

Measuring the value of these bands, who play in some 38,000 events a year, is difficult, officials say. Still they stress their importance -- including giving veterans a proper tribute as they are laid to rest at Arlington National Cemetery.

“We are out there three times a day and the other services are right next to us, and we are paying final respect,” Corbliss said. “[But] anybody [who has] witnessed this, they would know how important it is for uniformed service members to bid these comrades farewell with appropriate honors.”

The GAO report also found U.S. military bands have become smaller recently, yet the Navy and Air Force are spending more on them.

The size of military bands decreased on average by 7.5 percent between 2012 and 2016. According to the report, the Navy spent $4.1 million and Air Force $1.6 million more on its bands during that time. The Marine Corps reported its costs declined by roughly $800,000. The Army did not provide complete data to include its reserve forces.

“With band reductions, operations costs for current bands may increase since remaining bands have to travel more often to cover the workload of eliminated bands,” Evans added.

Members of the Armed Services Committee in Congress have questioned why spending on military bands has increased in the wake of a pilot shortage and fewer jets flying.