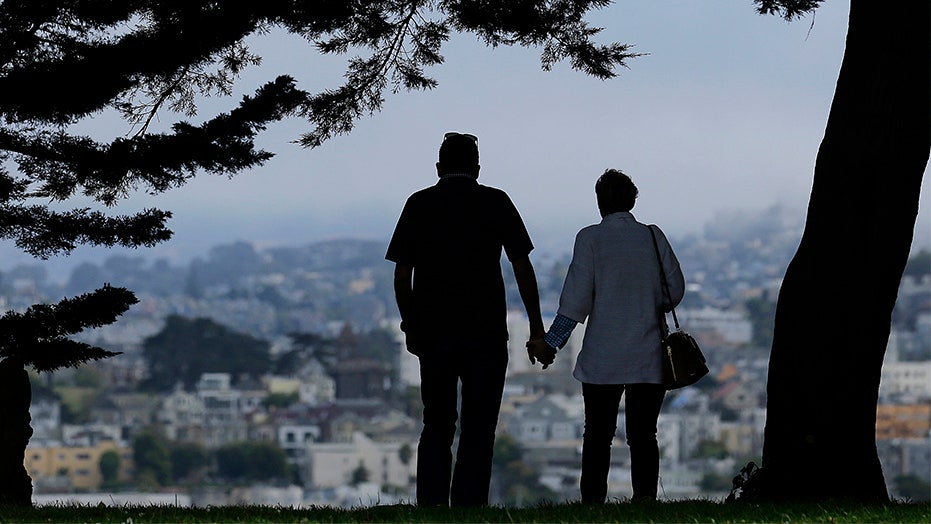 America is aging ever so slightly, according to new data released Thursday by the U.S. Census Bureau.

"This aging is driven in large part by the baby boomers crossing over the 65-year-old mark," said Luke Rogers, the chief of the Population Estimates Branch at the Census Bureau.

A man and woman walk under trees down a path at Alta Plaza Park in San Francisco. Data from the U.S. Census Bureau shows the median age in the U.S has increased by a year to 38.2 years from 2010 to 2018. (AP/File)

Maine had the greatest increase in median age among the 50 states, going from 42.7 years to 44.9 years. That's the result of stagnant growth: deaths outnumber births and fewer people are moving to the state.

In Puerto Rico, the median age jumped from 36.9 years to 42.8 years, largely due to a younger generation moving to the U.S. mainland after Hurricane Maria devastated the island in 2017.

The only state whose median age decreased was North Dakota, thanks to the population boom driven by growth in the energy sector. Their median age, slipped from 37 years in 2010 to 35.2 in 2018.

Fox News' Francesca Walton and the Associated Press contributed to this report.