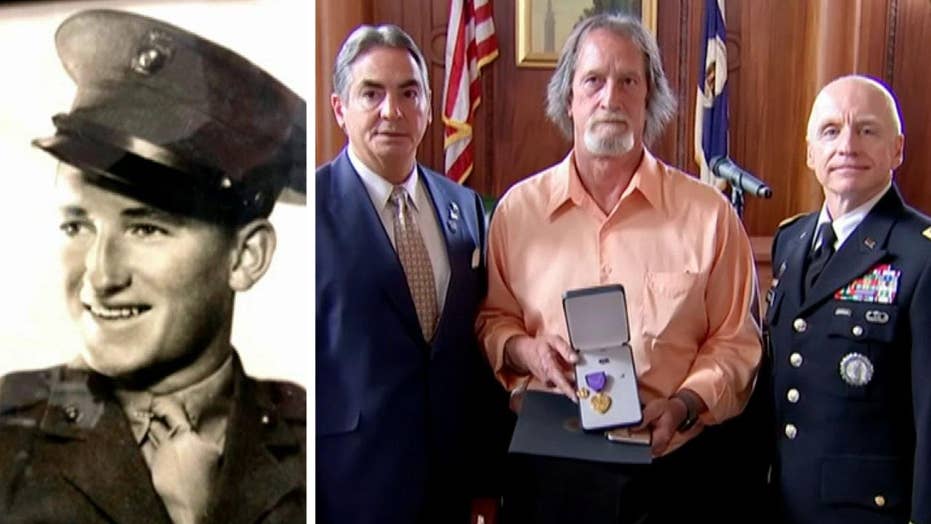 Raw video: Family of fallen Marine presented with Medal of Liberty 77 years after his death

Private Francis Drake was killed in action in the Battle of Guadalcanal trying to drag an injured fellow Marine to safety. 77 years after his death his family is presented with the Medal of Liberty in his honor.

A U.S. Marine who was killed during the Battle of Guadalcanal while trying to drag an injured service member out of the line of fire has received the Massachusetts Medal of Liberty.

Pvt. Francis E. Drake, who was only 19 when he died during the six-month campaign that emerged as the first major Allied victory against Japanese forces in World War II, was honored Wednesday during a ceremony in Springfield.

“It means a lot. I can’t put it into words,” his nephew Francis P. Drake told WFXT after being presented with the medal.

The award, the state said, is given to the “next of kin of service men and women from the commonwealth killed in action or who died in service while in a designated combat area in the line of duty.”

Drake also has received the Silver Star and Purple Heart posthumously, The Republican newspaper of Springfield reports. His remains were positively identified and flown home in 2017 and he was then buried in the Massachusetts Veterans Memorial Cemetery the following year, it added.

“He was just doing his job in the name of freedom, for each and every one of us in America,” Springfield Mayor Dominic Sarno said during the ceremony, according to the newspaper. “We’re happy that we can play a role to give this honor to his family.”

Drake’s nephew told WFXT that he never met Francis, but he wears his uncle’s dog tags in tribute.