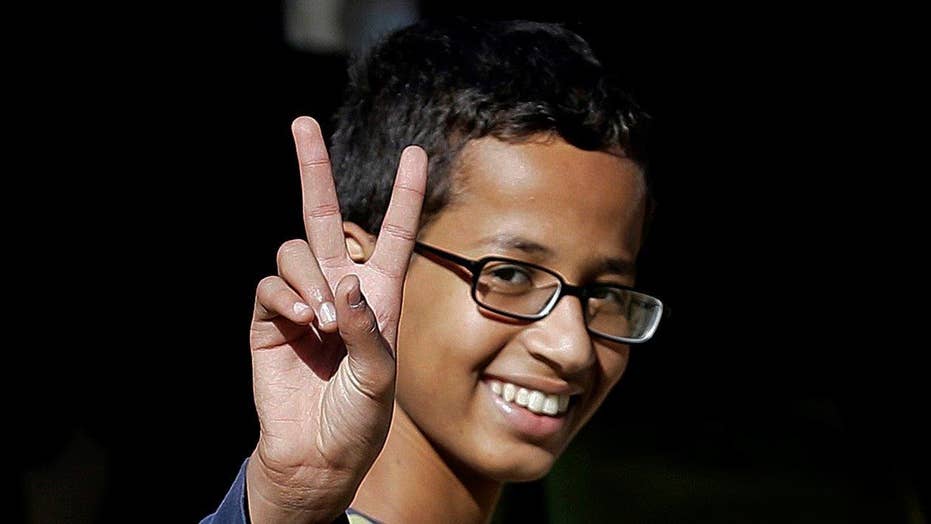 A federal judge dismissed the lawsuit filed by the father of a boy who was arrested after bringing a homemade clock to his Texas school that officials say resembled a bomb.

United States District Judge Sam Lindsay dismissed a lawsuit filed against the city of Irving, Irving Independent School District and several other defendants after finding that Ahmed Mohamed’s civil rights were not violated in September 2015 when he was arrested at MacArthur High School, Dallas News reported.

A homemade clock made by Ahmed Mohamed, 14, is seen in an undated picture released by the Irving Texas Police Department Sept. 16, 2015. (Reuters)

Mohamed, 14, was taken into custody and after bringing a device into the school that included batteries, a printed circuit board, wires, a transformer, a display panel and an alarm bell, according to The Daily Caller. School officials warned he boy about the “clock” before he was sent to the principal’s office.

Officials announced at the time that they would not be charging the boy.

Mohamed’s father, Mohamed Elhassan Mohamed, filed the lawsuit in August 2016 on behalf of his son, alleging that he was discriminated against because of his race and religion.

A statement by the city said it was “extremely pleased by the court's ruling, which supports the justifiable actions taken by the officers in the matter. We remain committed to ensuring the safety of all Irving residents and schoolchildren.”