President Trump's national security adviser said North Korea could be returned to the list of countries the U.S. believes sponsor terrorism, as part of Trump's strategy to counter the North's growing nuclear threat.

"You'll hear more about that soon, I think," the adviser, H.R. McMaster, said at a briefing on the eve of Trump's five-nation tour of Asia, which starts Friday.

North Korea's nuclear and missile weapons threat will be a key focus of Trump's meetings with the leaders of Japan, South Korea, China, Vietnam and the Philippines during the 12-day trip, the president's first official visit to the region. 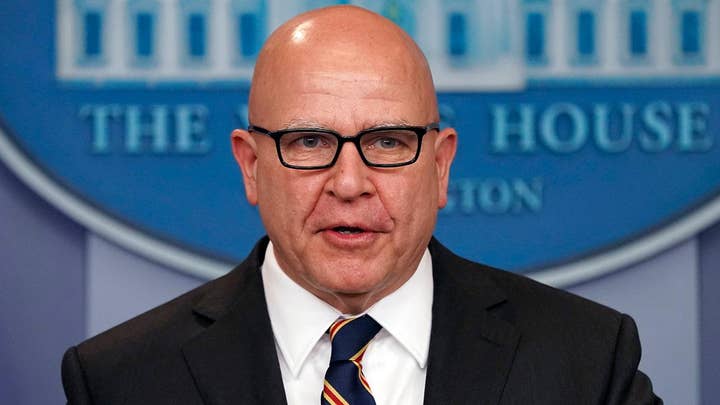 Meanwhile, two U.S. B-1B bombers conducted drills on Thursday with South Korean and Japanese fighters in central South Korea, the largest show of force in the region in a decade, Reuters reported.

KCNA, North Korea’s state news agency, said it regarded the drills as a threat. The show of force over the Korean Peninsula shows that U.S. is “seeking to ignite a nuclear war,” the agency said.

The drills were deliberately staged at a time when three U.S. aircraft carriers are in the Asia-Pacific, and coincides with a planned 10-day trip by President Trump to Asia.

The trip, which will include Japan, South Korea, China, Vietnam and the Philippines, is intended to garner international support in deterring North Korea’s missile program.

Although no missiles launches by North Korea have been reported since September 15th, South Korea’s spy agency has detected a “possible launch.” Seoul held a National Security Council on Friday to discuss unilateral sanctions against North Korea.

However, South Korea’s president Moon Jae-in on Wednesday warned against U.S. military action against saying before the country’s national assembly, “No military action on the Korean Peninsula shall be taken without prior consent of the Republic of Korea.”