The U.S. Coast Guard “removed” a member from its Hurricane Florence response team on Friday after he made an “OK” hand gesture on live television that the agency deemed “offensive.” (MSNBC)

The U.S. Coast Guard says it “removed” a member from its Hurricane Florence response team Friday after he made an “OK” hand gesture on live TV that the service branch deemed “offensive.”

The unidentified team member was caught looking into the camera and then swiftly making the hand gesture, prompting a backlash on social media.

The hand signal was seen in the background of MSNBC’s live interview with Sector Charleston Commanding Officer Capt. John Reed, who was providing an update on actions taken by the Coast Guard in response to Hurricane Florence.

Many social media users called for the firing of the individual, accusing him of making a so-called “white power” hate symbol.

The agency immediately responded to the outcry and distanced from the controversy.

“We are aware of the offensive video on twitter - the Coast Guard has identified the member and removed him from the response. His actions do not reflect those of the United States Coast Guard,” the agency tweeted.

The Guard is now investigating the matter. In a statement, the agency said the incident was a “frustrating distraction” amid the dangerous hurricane that is poised to affect more than 10 million people this week in the Southeast.

There have been at least four deaths since the storm reached the coastline on Friday morning, according to officials.

"This is a frustrating distraction for the Coast Guard during our hurricane response. This person has been removed from the response pending an investigation. These types of actions are not reflective of the core values of the Coast Guard."

There’s no clear consensus whether the “OK” hand gesture constitutes a hate symbol. While it has been adopted by some fringe far-right figures, it has also been commonly used by many Trump supporters.

The Anti-Defamation League previously noted that the “OK” gesture isn’t a hate symbol. “Has the simple thumb-and-forefinger ‘OK’ hand gesture become a white supremacist hand sign? Well, no, it hasn’t, but you are likely to hear just the opposite from social media, thanks to the latest hoax from members of notorious website 4chan,” read a post from the anti-racism group. 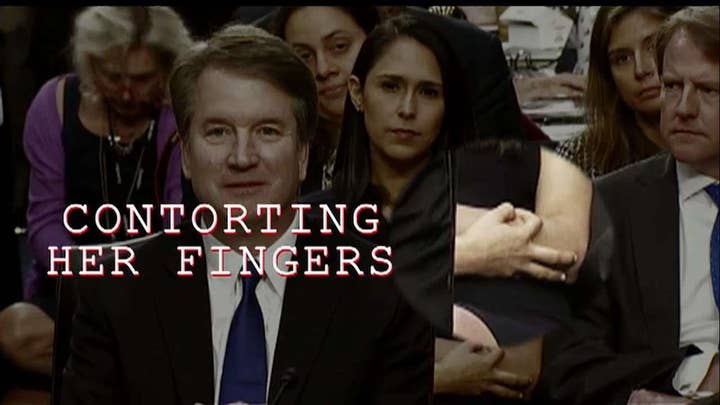 U.S. Attorney John Bash, her husband, defended Bash: “The attacks today on my wife are repulsive. Everyone tweeting this vicious conspiracy theory should be ashamed of themselves. We weren’t even familiar with the hateful symbol being attributed to her for the random way she rested her hand during a long hearing,” the tweeted, noting that Bash’s grandparents are Holocaust survivors.