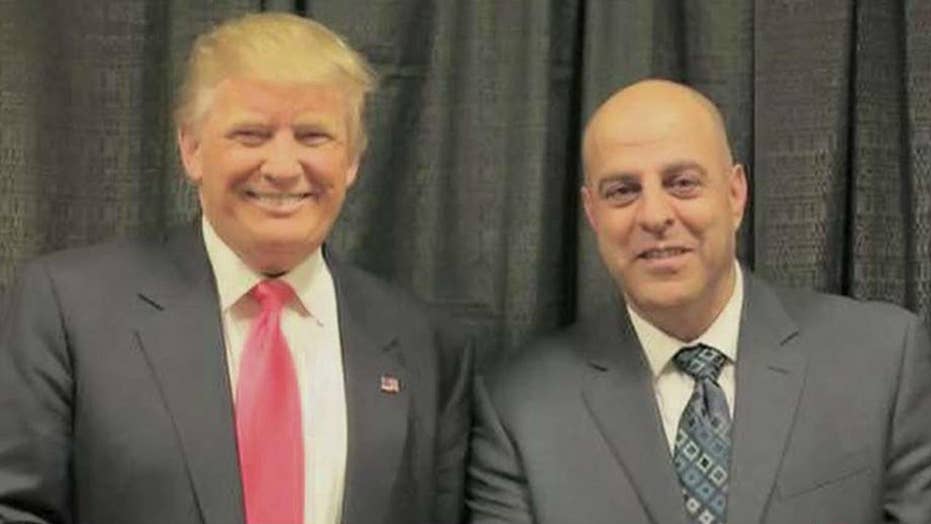 Amer Fakhoury was imprisoned apon his return to Lebanon, now his family is pleading for his release; Jacqui Heinrich has the latest.

DOVER, N.H. – A New Hampshire family is pleading for President Trump to secure their father’s safe return from Lebanon, where he is being detained without charges and his family says he was physically abused by Lebanese authorities.

Amer Fakhoury, a naturalized U.S. citizen, was arrested in his native Lebanon during a family trip last month after a Hezbollah-backed newspaper accused him of torturing Hezbollah and Palestinian prisoners in the 1980s and 1990s.

His family says Lebanese authorities seized his American passport at the airport in Beirut, claiming they needed to do a routine background check because Fakhoury had not returned to the country in 20 years. He was told to pick it up a few days later on September 13. Before that day came, Hezbollah-backed newspaper Al-Akhbar published the article making the accusations.

“He knew he was an innocent man and didn’t have anything to fear, that’s why he went to the appointment just like they told him,” his daughter Guila Fakhoury told Fox News in an exclusive interview.

Amer Fakhoury at his daughter's graduation.

That was the last time Fakhoury’s family heard from him. Within days, former inmates of Khiam prison and Hezbollah supporters were picketing in the streets, calling for Fakhoury’s public hanging. Lebanese Finance Minister Ali Hassan Khalil, a Hezbollah ally, also tweeted that the Lebanese people “will not forgive” those who tortured them.

Under pressure from the U.S. Embassy, Fakhoury was transferred to a military prison on September 14, where he was allowed an evaluation by a medical doctor. Fox News has seen the report, which includes photographs showing signs of torture. His attorney believes he was strangled and beaten before his prison transfer. A preliminary hearing set by a military court was never held, and his family is worried he will be killed.

Fakhoury’s daughters, all graduates of the University of New Hampshire, say people have also made online death threats against them, their mother, and Fakhoury’s 3-year-old granddaughter.

“One person commented ‘Just one bullet.’ It was on a picture of me, my sister, and my mom,” Macy Fakhoury said.

Amer Fakhoury after getting U.S. citizenship.

Amer Fakhoury was once a commander in the South Lebanon Army, a mostly Christian force allied with and supported by Israel, which fought to contain Hezbollah and Palestinian terrorists during Israel’s occupation of Southern Lebanon until 2000.

Fakhoury’s attorney said his role at the Khiam Prison was strictly logistical, and he was never involved in any torture. His family fears for his safety, saying he is being used as a political pawn by the corrupt government.

Hezbollah’s influence in Lebanon has grown massively over the years and in the May election, it increased its number of parliament seats to hold some key ministries. The SLA, of which Fakhoury was a former member, was set up to fight Hezbollah's influence and was funded by the Lebanese government until 2000.

Hezbollah has been backed to the tune of billions of dollars over the years by Iran and was listed by the U.S. State Department as a Foreign Terrorist Organization (FTO) in 1997.

Amer Fakhoury is a faithful supporter of President Trump, is active in the New Hampshire Republican Party, and even attended a campaign event where he was snapped in a photo with the president, giving a thumbs-up.

Fakhoury has still not been charged with any crime and has been held for more than a month.

“Right now he's illegally detained. He was mentally and physically tortured or abused. We have medical records. We have pictures of the abuse. We really need to get him out of there as soon as possible,” Fakhoury’s attorney, Celine Atallah, told Fox News.

A source within the Lebanese government familiar with the case told Fox News on condition of anonymity that there’s, “No legal basis whatsoever for this case, it’s all fabricated.”

The Mideast Coalition for Democracy also tells Fox News that Fakhoury’s detention signifies the extent of Iran’s influence in the region.

“Because of his service, he was forced to flee his country of birth, Lebanon, through Israel and ending in the U.S., where he became a citizen and a business owner in New Hampshire,” co-director John Hajjar said. “Now, after returning to Lebanon he’s been imprisoned and interrogated for his prior service proving that Lebanon is now under near full control of the terrorist Hezbollah organization and their sponsors, the Islamic Republic of Iran.”

The State Department told Fox News it is monitoring the situation and takes seriously its responsibility to assist U.S. citizens abroad. Meanwhile, Sen. Jeanne Shaheen, D-N.H., said she is in communication with the U.S. ambassador on the ground in Lebanon in regards to her constituent. A request for comment from the U.S. embassy in Beirut has yet to be answered.

Fakhoury’s daughters are hoping their cries for help reach the Oval Office. Their father is a faithful supporter of President Trump, is active in the New Hampshire Republican Party, and even attended a campaign event where he was snapped in a photo with the president, giving a thumbs-up.

“President Trump, if he can help us, that will be great. We want my dad to be back home. Whoever can help, this is the time to do it,” Guila Fakhoury said.

Since 2006, the United States government has provided more than $3 billion in aid to Lebanon, although Congress and the Trump administration have enacted sanctions prohibiting financial transactions that benefit Hezbollah.

Jacqui Heinrich currently serves as a congressional correspondent for FOX News Channel (FNC). She joined the network in September 2018 and is based out of New York.