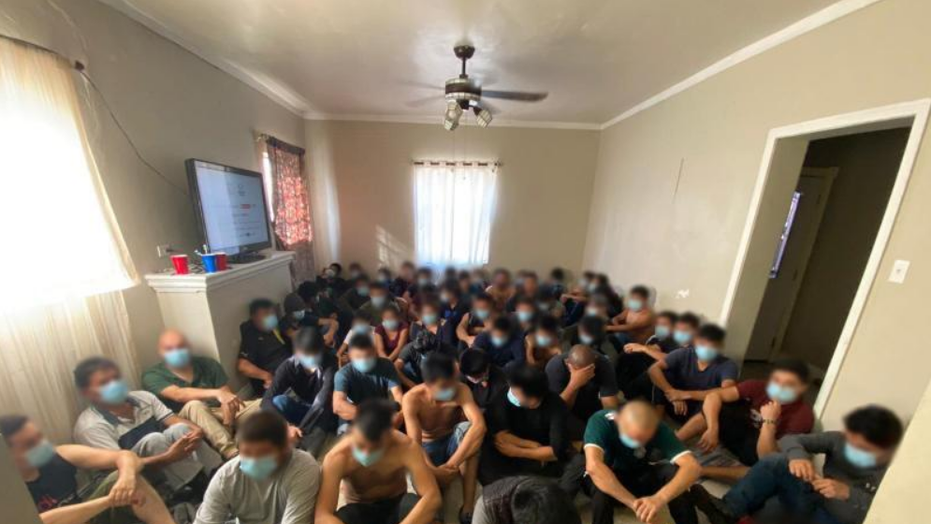 U.S. Border Patrol agents in Texas, with the help of local law enforcement, arrested nearly 300 suspected illegal immigrants in a span of 18 hours last week, according to authorities.

Agents shut down stash houses and foiled alleged smuggling attempts during four separate incidents that saw a total of 294 suspects arrested for trying to sneak into the U.S., according to authorities.

At least 90 people taken into custody were from countries outside of Mexico.

Possible spread of the coronavirus was also a concern, authorities said.

"In all of the incidents, none of the individuals were wearing any personal protective equipment," according to U.S. Customs and Border Protection (CBP). "These callous and dangerous acts are several examples of the lack of regard human smugglers have for those they exploit for profit."

The first incident occurred Oct. 13, when agents from the Laredo South Station, working with Homeland Security Investigations (HSI) and the Webb County Sheriff’s Office (WCSO), searched a residence and discovered 123 individuals from Mexico, Guatemala, El Salvador and Honduras "stashed inside."

Just hours later, agents and the sheriff’s office executed another search warrant at an apartment where they found 13 suspected illegal immigrants from Mexico living inside, along with "numerous U.S. citizens" who were also taken into custody, CBP said.

That evening, agents foiled a large human smuggling attempt at a checkpoint after a canine alerted agents to a tractor-trailer, which prompted an inspection. At least 84 undocumented immigrants from Mexico, Guatemala, Honduras and El Salvador were found hiding inside the cargo area. They were taken into custody for further investigation.

The final incident occurred Oct. 14, when a canine alerted agents to another trailer at a checkpoint. A "non-intrusive" scan was conducted that led to 74 individuals being discovered inside a refrigerated trailer.

Authorities said residents in the area who wish to report suspicious activity such as alien and/or drug smuggling, can download the “USBP Laredo Sector” App or contact the Laredo Sector Border Patrol at 1-800-343-1994.