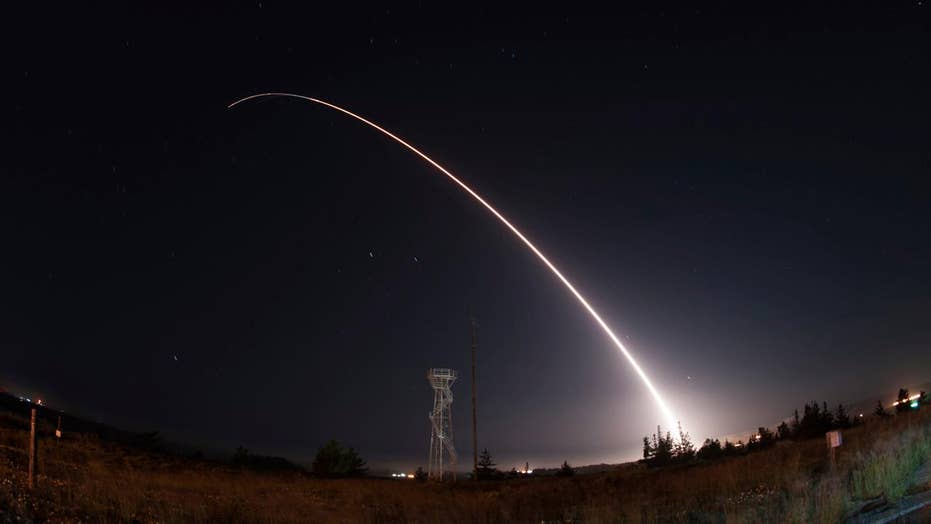 For the second time in a week, the U.S. Air Force test launched another long-range ballistic missile on Wednesday morning, flying more than 4,000 miles from a base in California before splashing down in the Pacific near the Marshall Islands.

The launch came just days after North Korea attempted a missile test of its own -- but failed -- with tensions high in the region.

The Minuteman III missile was launched from Vandenberg Air Force Base in California by a team in Montana shortly after 3 a.m. ET, the Air Force said in a statement. Officials said the launch was planned years in advance and was not related to North Korea's new threats.

"The tests are scheduled 3-5 years in advance, and it can take up to a year to plan and prepare for each launch," Linda Frost, a U.S. Air Force spokesperson, told Fox News. "...GT 222, held this morning, had already been scheduled. The command typically schedules four launches a year."

A launch that occurred last week was actually one that had been delayed from November due to brush fires in California.

The Air Force keeps 400 Minuteman III intercontinental ballistic missiles on alert around the clock in underground silos across three bases in Montana, North Dakota and Wyoming.

U.S. Air Force long-range B-52 and B-2 bombers are capable of carrying nuclear missiles, and the Navy’s fleet of ballistic missile submarines are each able to carry 24 nuke-tipped ballistic missiles with multiple reentry warheads apiece.