Police said officers responded to the scene after a report of a domestic disturbance. The county's district attorney said bodycam video showed Munoz, 27, attacking an officer with a knife and was shot multiple times. 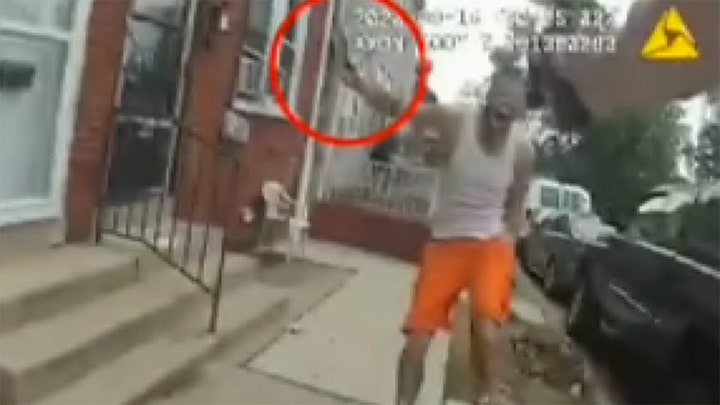 The fatal shooting prompted more than 100 protesters to descend on the streets outside the police station. Demonstrators threw various items at officers and caused damage to the building, a parked vehicle and a nearby post office, according to authorities.

"We have also been receiving calls all morning from downtown business owners as they discovered damage from vandalism to their businesses," police said.

Authorities said four of the suspects were from outside Lancaster County and two were armed with handguns during the protests that turned into destructive riots.

Police said two of the suspects -- Jamal S. Newman, 24, of Lancaster, and Frank Gaston, 43, of Ephrata -- were both listed as homeless and on probation.

Others charged during the unrest were Barry Jones, 30, of York, Yoshua D. Montague, 23, of York, Matthew Modderman, 31, of Lancaster, Talia Gessner, 18, of York, Kathryn Patterson, 20, of Mercersburg, and Taylor Enterline, 20, of Manheim.

“This office fully supports the right to gather and peacefully protest, however, the riotous behavior exhibited last night is completely unacceptable and will not be tolerated,” Lancaster County District Attorney Heather Adams said Monday.

Police said the handguns were recovered by officers after the arrests and additional charges are likely to be filed.