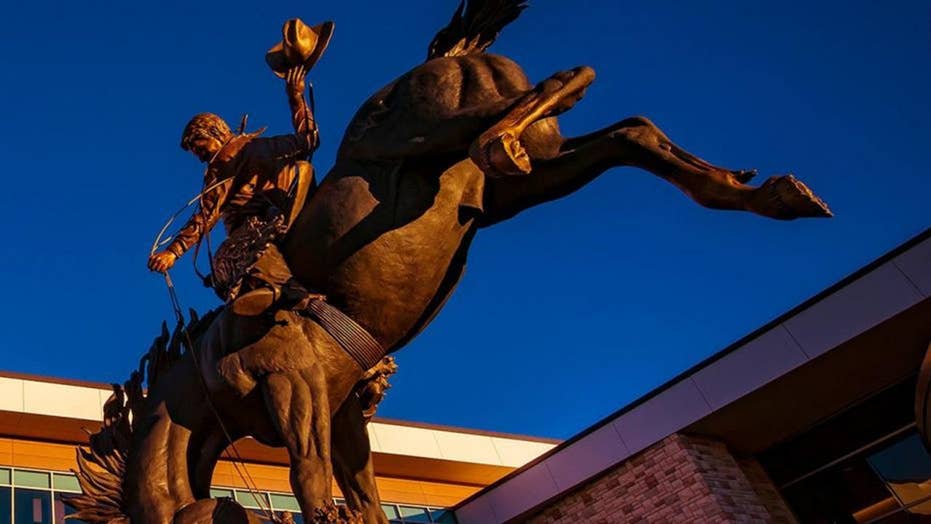 "The world needs more cowboys," the University of Wyoming says in a new marketing slogan.

But apparently not everyone agrees.

The slogan has drawn backlash from critics, including faculty members and Native American groups, who call the catchphrase sexist, racist and counterproductive to university recruitment -- because it excludes women and people of color, Reuters reported.

The university’s mascot is a “cowboy” riding a bucking horse with hat in hand.

But Darrell Hutchinson, a cultural specialist, told Reuters that people who do not fit the stereotypical image of a cowboy – “a white man with a wide-brimmed hat riding the range on horseback” – are not made to feel welcome.

“If you’re not a white person, and especially if you’re an Indian, it would make you feel out of place -- it wouldn’t make you feel too good about yourself,” said Hutchinson, a member of the Northern Arapaho Tribe in Wyoming.

“If you’re not a white person, and especially if you’re an Indian, it would make you feel out of place -- it wouldn’t make you feel too good about yourself.”

But university officials in Laramie defended the tagline, which they said was created by a Colorado-based marketing firm.

“In a vacuum, the term ‘cowboy’ appears gender- and perhaps race-specific, but in the context of the branding campaign it is connected to images and words that show our cowboys are diverse, of every sex and background,” university spokesman Chad Baldwin said, according to Reuters.

He said the university wants to “throw away” the stereotype of cowboys, updating what it means and looks like to be one.

"A cowboy is not what you are, but who you are."

“A cowboy is not what you are, but who you are,” Baldwin said.

The campaign cost $500,000 and is part of a more than $1.4 million investment to advertise the university, located around 50 miles northwest of Cheyenne.

Jim Magagna, executive vice president of the Wyoming Stock Growers Association, said ranchers are worried the dispute may cast “aspersions on a time-honored way of life and work,” according to Reuters.

“We are proud of the true image of the real cowboy or cowgirl, often of very diverse race or ethnicity, riding the range on a well-groomed horse while sporting a cowboy hat, chaps, spurs and a rope,” he said in a statement.

But Donal O’Toole, a university professor, said he believes the critics make a valid point.

“This is a sexist slogan,” O'Toole told the Chronicle of Higher Education.

"As with many universities, the higher you will go up in rank, the higher proportion of men you find within the university," said O’Toole, who is president of the Faculty Senate.

He said that in a state where the official motto is “'Equal Rights' … we need to make an effort to reach everyone.”

Christine Boggs, co-chair of the Committee on Women and People of Color at the university, told Reuters that she had no criticism of cowboys, since her father was one. But she pointed out that the committee’s 50 to 60 members were “very upset,” the Chronicle reported.

“If we’re striving to be a diverse university, exposing our students to a broader scope of ideas, we have to invite them in a more positive, inclusive way,” Boggs told Reuters.

A group of female scientists also wrote a letter to university administrators, asking them “embrace a slogan that takes us into the 21st Century,” according to the education news site.

Despite the pushback, the new slogan is set to launch Sept. 14.