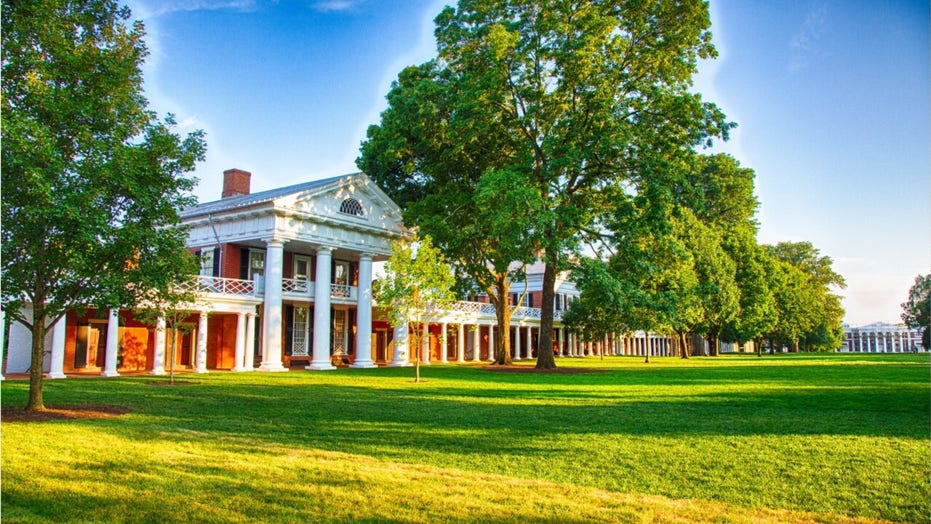 Officials at the University of Virginia were forced to remind students on campus that its newly opened Multicultural Student Center is open to everyone. The message was sent after a viral video emerged of a student making a 'public service' announcement that there were 'too many white people' using the facility.

The University of Virginia on Wednesday reminded those on campus that its newly opened Multicultural Student Center is open to everyone after a viral video emerged of a student making a "public service" announcement that there were "too many white people" using the facility.

The video was posted on Twitter by the Young America's Foundation with a caption that said "leftists" at the school were "dictating who is and who isn't allowed" at the center.

WHAT ARE THE MOST DIFFICULT COLLEGES TO GET INTO?

The unidentified woman in the video begins by saying "public service announcement."

She argued that white students already have plenty of recreational facilities on campus, while minority students have very few. She was cheered by what sounded like a handful of students at the end of the announcement.

The Cavalier Daily, the student newspaper, said it reached out to the student in the video but she did not immediately respond for its report.

The paper reported that the new MSC facility replaced the Center for Cultural Fluency that was located inside a basement on the campus. The old location was created in 2004 after a mixed-race female student running for Student Council was assaulted by a man who made a racial slur.

The report pointed out that the woman in the video had some support online. Her detractors called her comments racist.

Brian Coy, a spokesman for the school, told the Washington Examiner that "we need to build a community that is not just diverse, but also inclusive."