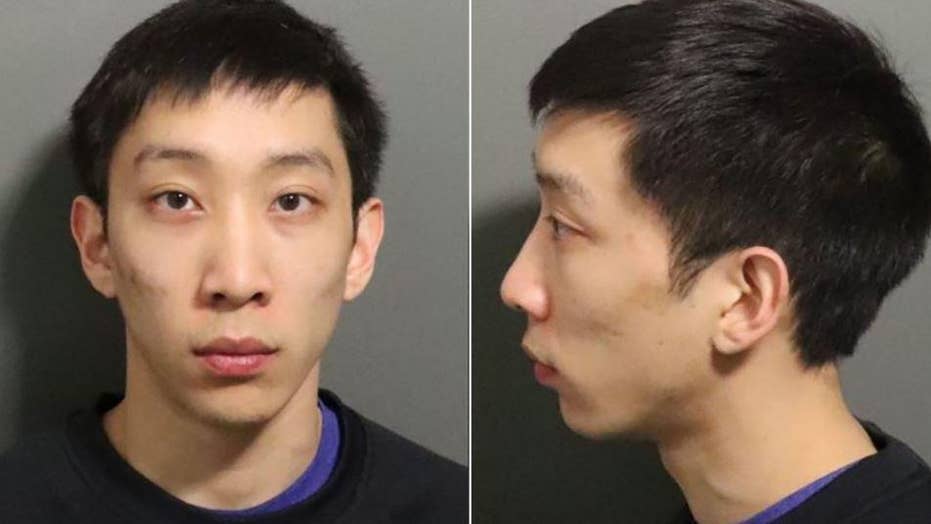 Police: former University of Kansas volunteer volleyball coach Skyler N. Yee gets arrested for stealing dozens of pairs of underwear from female players and cataloging them in his home.

A former University of Kansas volunteer volleyball coach was arrested earlier this month for allegedly stealing dozens of pairs of underwear from female players and cataloging them in his home, authorities said.

Lawrence police say they searched the home of Skyler N. Yee, 23, earlier this month after linking him to a series of break-ins on campus. Police said they found a “roughly 40-drawer” plastic storage container, labeled with the names of current and former players. A pair of underwear was found in each labeled drawer.

Another container held more pairs of women’s underwear, the Lawrence Journal-World reported. Also found were pink high heels, boots, a sundress and a jumpsuit -- other belongings that players had reported missing.

Investigators told the paper they believed that Yee did not steal the items for financial gain, but rather for “his own motivation.” The alleged thefts had begun in December 2017 and continued for more than a year, police said.

Yee, who resigned his post in mid-January, was charged with 15 counts of burglary, property damage and theft, the paper reported.