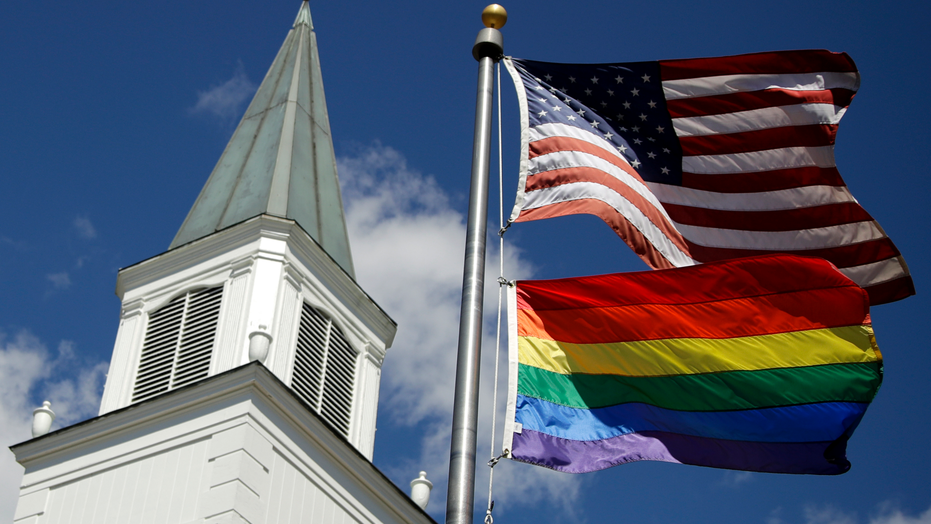 Leaders from the United Methodist Church reportedly announced a tentative plan Friday to split the church over differences on same-sex marriage and the inclusion of gay clergy.

The proposal was first signed in December after the “fundamental differences” within the church became irreconcilable.

“I’m actually really sad that we couldn’t build a bridge that could have provided a witness to the world of what unity amid diversity and disagreement could look like,” Methodist Bishop Karen Oliveto, the denomination’s first openly gay bishop, said.

In 2017, the Judicial Council, the church’s highest court, declared Oliveto’s consecration “was incompatible with church law.” She was, however, allowed to remain as the resident bishop of the Mountain Sky Conference, which covers churches in Colorado, Montana, Utah, Wyoming and part of Idaho.

There are roughly 13 million church members around the world and about half of them are in the United States, according to The Times.

In this April 19, 2019 file photo, a gay pride rainbow flag flies along with the U.S. flag in front of the Asbury United Methodist Church in Prairie Village, Kan. A new Associated Press-NORC Center for Public Affairs Research poll shows age, education level and religious affiliation matter greatly when it comes to Americans’ opinions on a prospective clergy member’s sexual orientation, gender, marital status or views on issues such as same-sex marriage or abortion  (AP)

The division, which has been brewing for years, came to an impasse last May when delegates in St. Louis voted 438-384 to ban gay marriage and the inclusion of gay clergy.

A majority of U.S.-based churches opposed the “Traditional Plan” but were outvoted by conservatives in the U.S., Africa and the Philippines.

Soon after, 16 church representatives determined breaking up the church was “the best means to resolve our differences, allowing each part of the church to remain true to its theological understanding,” Bishop Cynthia Fierro Harvey of Louisiana said, according to the Times.

“There is a degree of heartbreak within me because I never thought we would reach this point,” New York Bishop Thomas Bickerton said. “However, we are at this point. The differences are irreconcilable. This is inevitable.”

Texas Bishop Scott J. Jones said the proposal has not yet been adopted.

“The Protocol itself says it was developed in service to the General Conference delegates who will decide on its adoption or amendment,” he said. “Other plans may well be considered as alternatives. Significant questions remain to be answered about the Protocol’s implementation. The Judicial Council will need to rule on its constitutionality.”

He added that financial feasibility will also need to be considered before any split.