Student who tackled gunman, saved lives is honored at vigil

Riley Howell is remembered as a hero by the University of North Carolina and the Charlotte community; Dan Springer reports from the scene.

Riley Howell, the University of North Carolina at Charlotte student who died tackling a man accused of opening fire on campus, was honored Wednesday for his heroic actions.

Howell, 21, was posthumously awarded the Citizen Medal of Valor during an awards ceremony for Charlotte-Mecklenburg police officers. Greeted by a standing ovation, his parents and girlfriend accepted the award from the department, WCNC-TV reported.

“What Riley did in that class was extraordinary,” one officer said during the presentation. “As a police department, as a community, as a city, as a nation, we wanted to recognize this act”

Howell was killed April 30 when he confronted Trystan Andrew Terrell in a classroom. Terrell is accused of killing Howell and 19-year-old Reed Parlier. Four other students were wounded.

Terrell is charged with murder, attempted murder and assault. 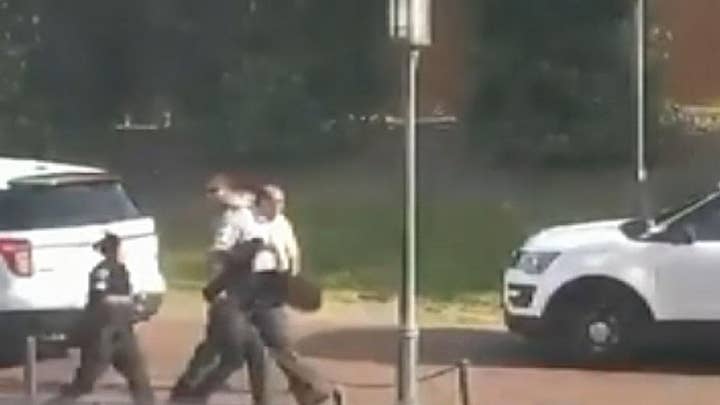 Charlotte-Mecklenburg Police Chief Kerr Putney said earlier this month that Howell’s actions allowed enough time for the first officer to get to the classroom and capture Terrell, an act that also likely saved other students' lives. Police hailed Howell as a hero soon after the deadly attack.

A ongoing petition requests that Howell, an ROTC cadet, be given a burial with full military honors. As of Wednesday, it had 36,168 of the 100,000 signatures needed for the White House to respond.