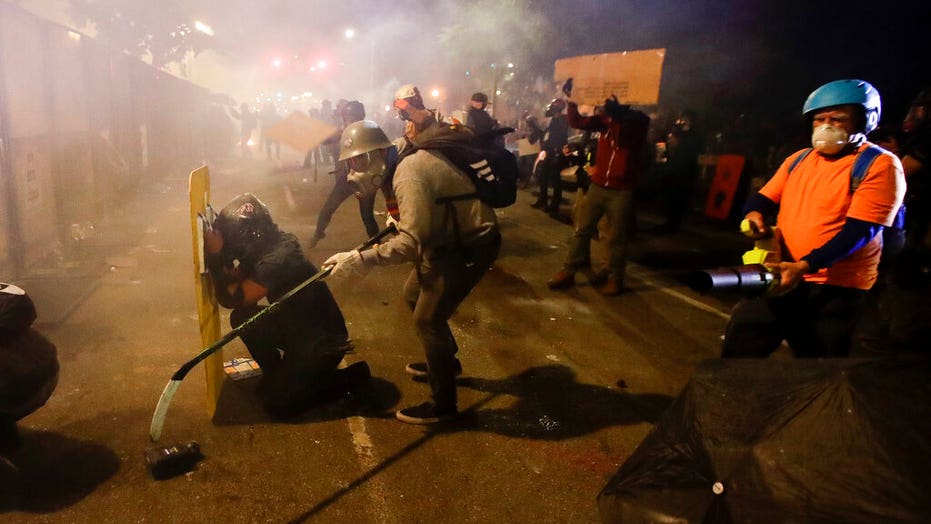 The United Nations has urged the U.S. to stop using what critics say is excessive force on protesters and journalists during ongoing demonstrations in cities, including Portland, Ore.

MORE THAN  2,000 PORTLAND DEMONSTRATERS TAKE TO STREET FOR 57TH NIGHT IN A ROW, CLASH WITH FEDS

“There have been reports that peaceful protesters have been detained by unidentified police officers and that is a worry because it may place those detained outside the protection of the law and may give rise to arbitrary detention and other human rights violations,” Liz Throssell, a U.N. human rights spokeswoman, said at a news briefing in Geneva on Friday.

“The authorities should ensure that federal and local security forces deployed are properly and clearly identified and would use force only when necessary, proportionately and in accordance with international standards,” she said.

President Trump dispatched members of the Department of Homeland Security, Customs and Border Protection, Federal Protective Service and U.S. Marshals Service to both Portland and Washington, D.C., where peaceful demonstrations have turned violent, with ratcheted-up efforts to deface federal property and, in some cases, attack officers.

Police said crowds of people have thrown Molotov cocktails, lit fires in parks and in trash cans and released hundreds of gallons of water from fire hydrants during the nightly protests, which have been going on for nearly two months following the death of George Floyd in May.

Floyd, an unarmed Black man, died in police custody after a Minneapolis police officer kneeled on his neck for over eight minutes.

Federal agents have sparred with protesters and been accused of exercising excessive force tactics on wide swaths of demonstrators, impacting both violent rioters and law-abiding ralliers, most of whom are marching against police brutality and racial inequalities.

A federal judge in Portland Thursday barred federal officers from dispersing, arresting, threatening to arrest or using force against journalists or legal observers and demanded that they immediately stop detaining protesters without probable cause. The judge also mandated over 100 federal officers to identify themselves and their agency before arresting anyone and to explain why an arrest is taking place.

The Department of Justice also announced a probe into the use of force by federal officers after Portland Mayor Ted Wheeler was tear-gassed by officers just a day before.

The U.N. has been accused of being an inconsistent voice on human rights. The U.S. left the U.N. Human Rights Council in 2018 over concerns about the membership of the controversial body – which includes countries with poor human rights such as Venezuela and Eritrea. The Office of the United Nations High Commissioner for Human Rights, of which Throssell is a spokesperson, is a different body to the UNHRC.