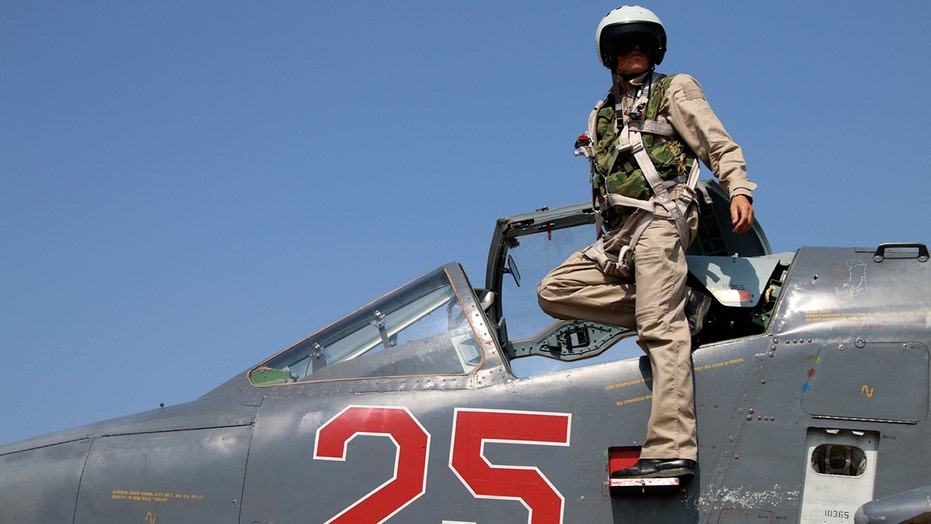 In a rare sign of U.S. and Russian agreement, the U.N. Security Council planned to adopt a resolution Friday endorsing the way forward on a possible end to Syria's civil war, a senior Western official confirms to Fox News.

Still, the draft says nothing on the critical issue of what role President Bashar Assad will play.

Diplomats had rushed to overcome divisions on the draft resolution while world powers held the latest talks on how to bring an end to the conflict.

The resolution has been described as a rare gesture of unity on the Syria peace process by a council often deeply divided on the crisis, which is deep into its fifth year with well over 300,000 killed.

The U.S. and French ambassadors to the U.N. both expressed optimism as well ahead of the Security Council meeting Friday afternoon.

The draft resolution requests that U.N. Secretary-General Ban Ki-moon convene representatives of the Syrian government and opposition "to engage in formal negotiations on a political transition process on an urgent basis, with a target of early January 2016 for the initiation of talks."

The draft also says cease-fire efforts should move forward in parallel with the talks, and it asks Ban to report within a month of the resolution's adoption on a way to monitor the cease-fire.

The draft also notes that the cease-fire "will not apply to offensive or defensive actions" against groups considered terrorist organizations, meaning that airstrikes by Russia, France and the U.S.-led coalition apparently would not be affected.

Some 20 foreign ministers on Friday were tackling those and other difficult issues for a possible end to Syria's civil war, including sorting out which Syrian groups will represent the opposition in peace talks in the new year.

Jordan presented countries' lists of groups that should be considered terrorist organizations instead, another critical issue.

But Syria's main opposition group expressed doubts that the push for a Jan. 1 deadline for starting peace talks among Syrian parties was "too ambitious."

Meanwhile, the role of Assad in a political transition remains the most challenging issue of all.
Jordanian Foreign Minister Nasser Judeh said he presented lists submitted from each country of groups they consider terrorist organizations. He said some countries "sent 10, 15, 20 names" and others more.

"Now I think there will be follow-up steps in terms of countries meeting again to set criteria which will help filter the list," said Judeh, whose country is tasked with putting the final list together.

Both he and U.S. Secretary of State John Kerry said negotiations among the foreign ministers were "going well." Others around the table included key European nations, Saudi Arabia and top Syria allies Russia and Iran.

Chinese Foreign Minister Wang Yi said the two most important issues are launching political negotiations among Syrian parties and implementing a U.N.-monitored cease-fire. "Without peace talks, the cease-fire cannot be sustained. Without a cease-fire, peace talks cannot continue to produce results," he said.

Wang noted the "severe threat posed by international terrorism," a reference to the Islamic State group, which has exploited the chaos to seize large parts of Syria.

Earlier in the day, U.N. diplomats had said a key stumbling block in agreeing on a draft council resolution was how to address the issue of a transitional government in Syria.

British Ambassador Matthew Rycroft said the resolution would not break new ground but would enshrine agreements from talks in Vienna and Geneva.

A peace plan agreed to last month by 20 nations meeting in Vienna sets a Jan. 1 deadline for the start of negotiations between Assad's government and opposition groups. The plan says nothing about Assad's future but says that "free and fair elections would be held pursuant to the new constitution within 18 months."

The Jan. 1 deadline is "too ambitious a timetable," the U.N. representative for the Syrian National Coalition, the main Western-backed opposition group, told reporters Friday morning. Najib Ghadbian estimated that a month of preparation is needed.

Ghadbian also said a comprehensive solution to the conflict requires "the removal of all foreign troops from Syria, all of them," including Russia, which began airstrikes there in September. The strikes are focused on more moderate forces fighting Assad in areas where the Islamic State group has little or no presence.

"For us, the utmost priority is to stop the killing. Then we can make headway with a cease-fire and political transition," Ghadbian said.

The coordinator of the opposition team that will negotiate with the Syrian government, former Prime Minister Riad Hijab, said in Saudi Arabia on Friday that Assad should have no role during a transitional period. He also called for "confidence-building measures" such as the lifting of a siege imposed on rebel-held areas and a halt to airstrikes.