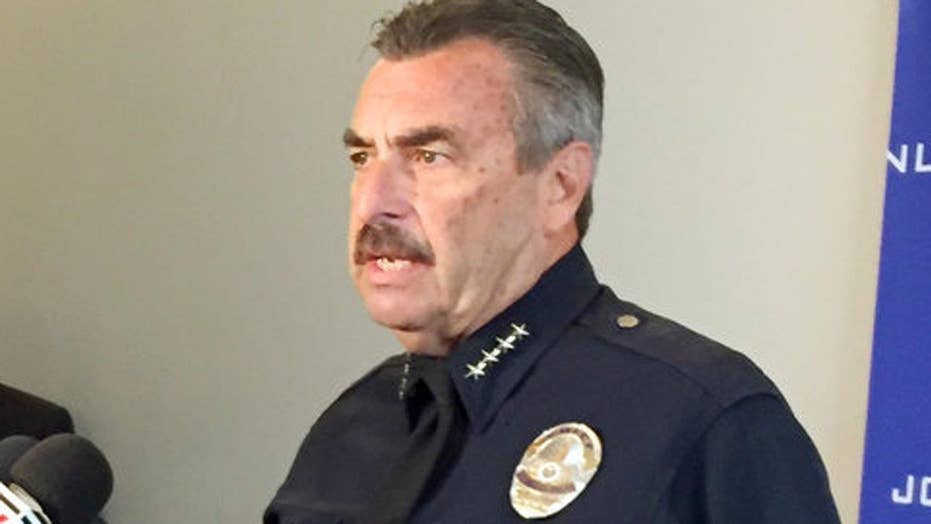 A UCLA student who shot and killed a mechanical engineering professor in a campus building Wednesday morning was heavily armed, had a "kill list" and was responsible for the death of a Minnesota woman, police said Thursday.

Mainak Sarkar, 38, shot Prof. William Klug to death in his office, reportedly because he believed Klug stole computer code from him. Sarkar later shot and killed himself. Sarkar had multiple magazines of ammunition and multiple loose rounds of ammunition.

Minnesota police said Thursday afternoon that Sarkar also killed an unnamed woman in that state, though no motive or relationship between the two was identified. Authorities did not say when the woman was killed, only that Sarkar drove 2,000 miles from his home in Minnesota to Los Angeles sometime after her killing to begin his assault on UCLA.

Sarkar graduated UCLA in 2013 with a master's degree and Beck said it was unlikely Sarkar's victim at the school "expected to see him."

Minnesota authorities said they were asked by the LAPD to perform a welfare check at a residence just after midnight on Thursday. Inside the house, officers found a female dead from a gunshot wound. The woman was on a "hit list" kept by Sarkar, officials said.

Beck said during an interview on KTLA that the list identified another potential target -- a UCLA professor who was not harmed during Wednesday's incident. That professor's name was not released.

"There is no good reason for this," Beck said.

There was "no immediate evidence" to suggest any other crimes, Beck said.

The shooting shortly before 10 a.m. local time brought a massive police response. Hundreds of heavily armed officers swarmed the sprawling Westwood campus, while thousands of students and staff barricaded themselves in classrooms and offices, some using belts and chairs to secure doors.

Approximately two hours after the shooting was first reported, Beck declared the threat over. The chief confirmed at least three shots were fired and said authorities found a gun and what might be a suicide note.

UCLA biology and chemistry Professor Charles Knobler said those who knew Klug are in shock. He described the professor as "a very lively, lovable, likable guy."

But Klug was also reportedly the target of Sarkar's scorn on social media.

“William Klug, UCLA professor, is not the kind of person when you think of a professor. He is a very sick person. I urge every new student coming to UCLA to stay away from this guy,” Sarkar wrote, The Times reported. “He made me really sick. Your enemy is my enemy. But your friend can do a lot more harm. Be careful about whom you trust.”

The shooting disrupted the week before final exams at the University of California, Los Angeles, whose 43,000 students make it the largest campus in the University of California system. Classes were canceled Wednesday, but they are expected to resume Thursday. However, UCLA Vice Chancellor and Provost Scott Waugh said engineering classes were canceled for the rest of the week.

The initial report of the shooting prompted the university to send a so-called "Bruin Alert" to all students and staff notifying them to avoid the area and shelter in place.

Olivia Cabadas, a 22-year-old nursing student, was getting ready to take a quiz in the mathematics building when her classmates began getting cellphone alerts. Through a window, they could see students rushing down the hallway.

An officer yelled that everyone should get out.

"It was just a little surreal — this is actually happening," Cabadas said. "It was chaos."