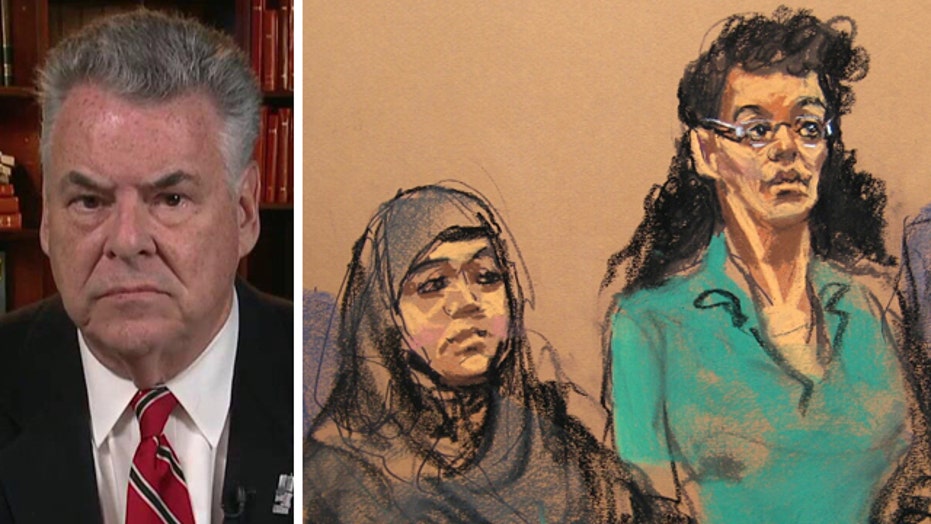 An FBI spokesperson confirmed the arrests, but circumstances surrounding them or the alleged plot were not immediately clear. NYPD Deputy Commissioner John Miller said the arrests were part of a local and federal investigation.

"What I can confirm is that arrests were made by the JTTF and NYPD in a national security investigation earlier this morning in New York City," he said.

The complaint, which identified the suspects as Noelle Velentzas, 28, and Asia Siddiqui, 31, said Velentzas idolized Usama Bin Laden, even keeping pictures and video of the Al Qaeda mastermind on her cell phone.

"The investigation has revealed that Velentzas espouses violent jihadist beliefs and has repeatedly expressed an interest in terrorist attacks committed within the United States," the complaint stated.

Both women appeared at federal court in Brooklyn Thursday afternoon where a judge ruled that they will be held without bail. A preliminary hearing for the pair will be held on May 4. If convicted, both could face life sentences in prison.

U.S. Attorney for the Eastern District of New York Loretta Lynch said the pair studied how to carry out what could have been a deadly attack.

"We are committed to doing everything in our ability to detect, disrupt and deter attacks by homegrown violent extremists," Lynch said. "As alleged, the defendants in this case carefully studied how to construct an explosive device to launch an attack on the homeland."

The pair told an undercover agent they wanted to explode pressure cooker or propane tank bombs somewhere in the city.

"Siddiqui stated that Velentzas has been obsessed with pressure cookers since the Boston Marathon attacks in 2013," the complaint stated.

The specific target of the alleged plotters was not clear. Local reports said that the public was never in any danger and that the pair was arrested without incident.

Last week, authorities in Chicago nabbed a National Guardsman and his cousin in a terror plot that included bombing an Illinois armory, an attack law enforcement said could have killed more than 100. The Heritage Foundation reported that the Chicago plot was the 64th case of a plot to commit terrorism on U.S. soil since 9/11.