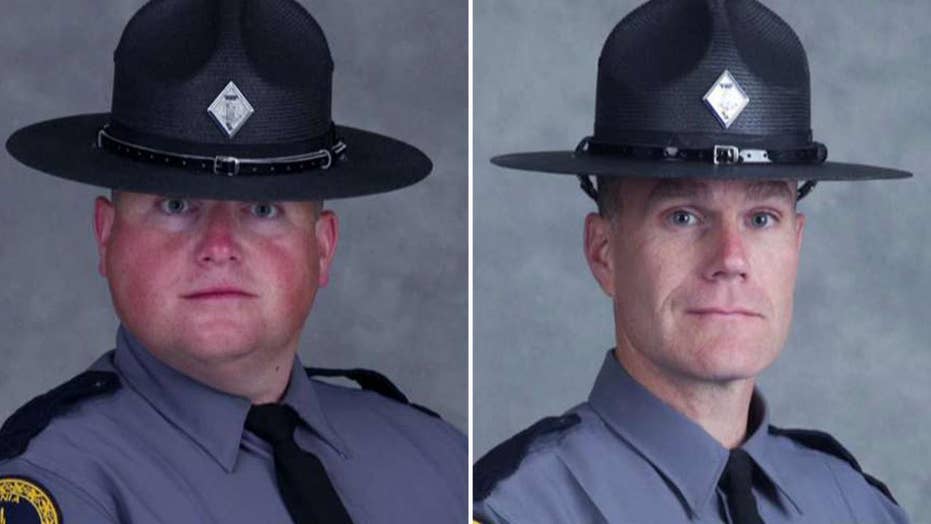 Cause of accident under investigation

Lt. H. Jay Cullen, 48, and Trooper-Pilot Berke M.M. Bates were aboard the Bell 407 helicopter when it crashed seven miles southwest of downtown Charlottesville at 4:50 p.m.

The troopers were helping law enforcement officers monitor the nationalist rally in the area before the fatal crash. No one on the ground was injured.

"Lieutenant Cullen was a highly-respected professional aviator and Trooper-Pilot Bates was a welcome addition to the Aviation Unit, after a distinguished assignment as a special agent with our Bureau of Criminal Investigation. Their deaths are a tremendous loss to our agency and the Commonwealth."

In a tweet, President Donald Trump offered condolences to the families of the state troopers.

"Deepest condolences to the families and fellow officers of the VA State Police who died today. You're all among the best this nation produces," he wrote.

"We are deeply saddened by the loss of Jay and Berke, both of whom were our close friends and trusted members of our team. Jay has flown us across the commonwealth for more than three and a half years. Berke was devoted to our entire family as part of our Executive Protective Unit team for the past three years.

"This is a devastating loss for their families, the Virginia State Police, and the entire commonwealth. Our hearts go out to their wives and children, and we stand by to support them during this difficult time. These heroes were a part of our family and we are simply heartbroken."

The cause of the crash remains under investigation, but there is no indication of foul play.

The crash happened just a few hours after a car plowed into a crowd of people peacefully protesting against the white nationalist rally. One woman was killed and 19 people were hurt, authorities said.