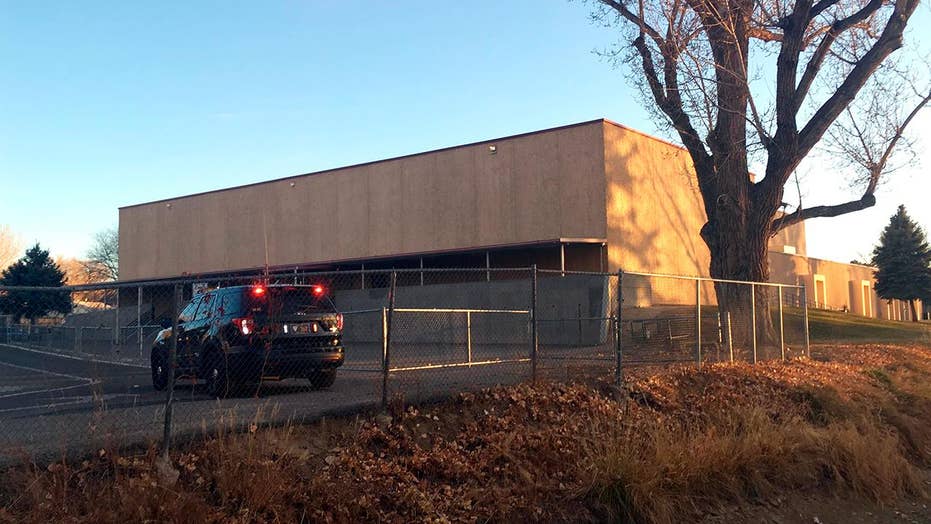 The student opened fire inside the high school.

The gunman also was killed, a spokesman for the New Mexico State Police told Fox News. Police released very little information about the shooter, including his name, but did say he was also a student at Aztec High School.

"The families of the victims were notified immediately. They are in our thoughts and prayers," state police said in a statement on social media.

The high school, located in the northwest corner of the state near the Navajo Nation, was evacuated after a period of being in lockdown. Authorities said they cleared the buildings at the school, and students were boarding buses to another location where they could be reunited with their parents.

Initial reports indicated that more than a dozen people were injured in the shooting. However, officials later clarified that no other injuries were reported.

"It's tragic when our children are harmed in violent ways especially on school campuses. We express our condolences to those families who have been harmed," Russell Begaye, president of the Navajo Nation, said in a press release.

It wasn't immediately clear if the shooting happened inside or outside the school. The school of about 900 students was cordoned off as authorities cleared the buildings and teens were taken to another location.

On Facebook, law enforcement officials asked people to “avoid the area” while authorities secured the scene.

Despite the closure of all schools in Aztec, authorities said there were no other credible threats to students at the high school or other schools in the neighboring communities of Bloomfield or Farmington.

Aztec is a rural community of 6,500 people in the heart of northwestern New Mexico's oil and gas country. Its main street is lined by old brick buildings that date back more than a century.

Residents voiced disbelief on social media, while members of the New Mexico congressional delegation, state Attorney General Hector Balderas and other elected officials offered their condolences and other assistance.

"While details are still coming in, we grieve for the innocent victims in this senseless act of violence. Too many lives have been disrupted and too many futures cut short," U.S. Rep. Ben Ray Lujan said in a tweet.