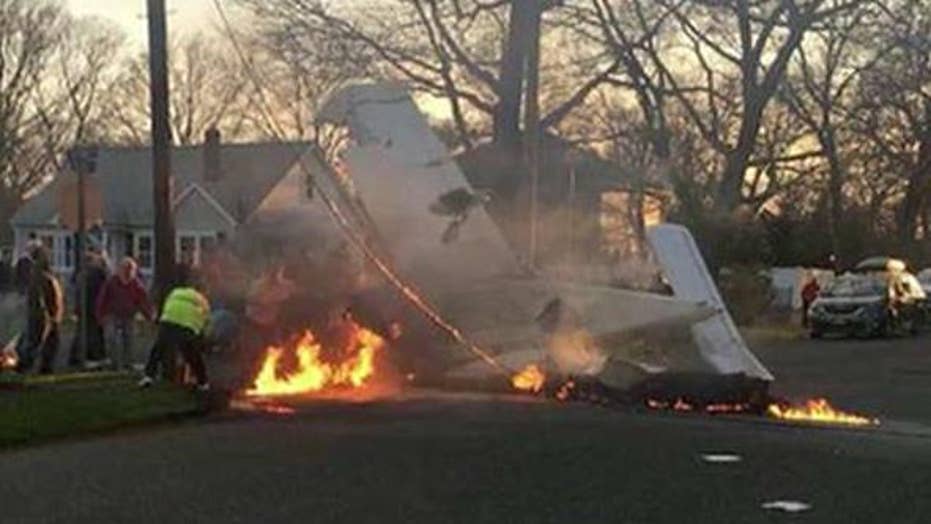 Two men lucky to be alive in New York

A pilot and his passenger were injured Sunday afternoon after their single-engine airplane crashed on a residential street on Long Island.

Sini said the aircraft had experienced engine trouble and was trying to return to the airfield when it clipped a tree and utility lines before going down.

Newsday reported that the plane caught fire after the crash, but the flames were soon doused with the help of local Bayport firefighters who happened to live nearby.

"I heard what sounded like a sputtering noise, like something happened to the engine,” local resident Jill Rogers told Newsday. "And then, it was deadly quiet, and then you just heard a loud bang and an explosion."

Sini said the pilot, 34-year-old Scott Clifford, was hospitalized in serious condition with two broken legs and a head injury. The passenger, identified as 65-year-old Michael Rome, was listed as being in fair condition.

No injuries on the ground were reported. The FAA is investigating.