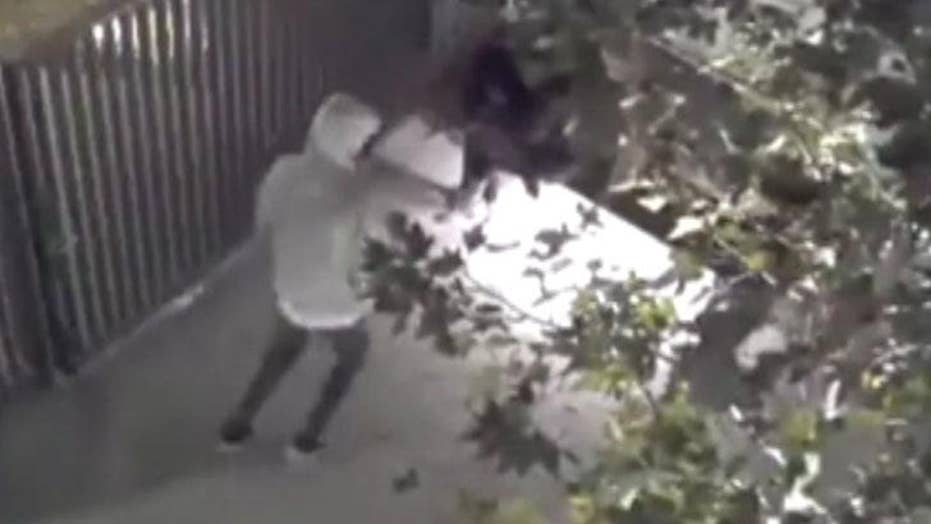 Surveillance footage captures an unidentified subject stabbing a homeless man outside of an apartment building in California.

Two people were arrested Saturday in connection with a fatal November stabbing of a homeless man in California that was caught on stunning video, police said.

Police described the pair as transients, according to KTLA.

Hernando Perez, 58, died on Nov. 8, two days after a man approached him on a bench in downtown Los Angeles and repeatedly stabbed him, police said.

Los Angeles police released surveillance video of the Nov. 6 incident that showed a man wearing a light gray hooded sweatshirt walking up to Perez and stabbing him.

After Perez fell to the ground, the assailant plunged the knife into Perez’s body two more times before fleeing the scene with a black backpack. The video shows him stabbing the homeless man one last time before running away.

Johnson and McKinley’s bail was set at $2 million each, police said.