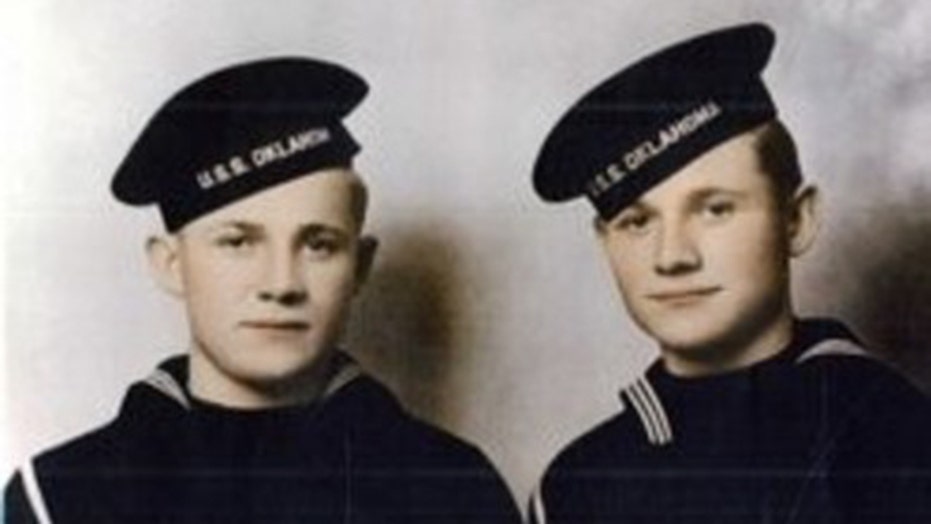 Twins who died decades ago aboard the USS Oklahoma at Pearl Harbor were buried in Nebraska Saturday with full military honors in separate ceremonies.

“This is a huge relief for grandma,” Pitsch’s grandson Ed McLaughlin told the Lincoln Journal Star. “For her to finally know that the twins can rest their souls and have their remains brought home, I know that’s really big for her.”

Leo Blitz, left, Rudolph Blitz, right, were 17 when they enlisted in the Navy in 1938. (Defense POW/MIA Accounting Agency​​​)

Over the years, Pitsch heard the stories as told by Oklahoma survivors that Rudolph was seen running below deck during the attack, likely looking for his brother, the paper reported.

Japanese torpedoes sunk the Oklahoma on Dec. 7, 1941, killing the Blitz twins and 427 other crewmen.

The Defense POW/MIA Accounting Agency has been seeking to account for the hundreds of Oklahoma crewmen who were buried in the “Punchbowl” national cemetery in Honolulu without being identified. Those remains were exhumed in 2015.

In May, the agency identified the Blitz twins using DNA submitted by Pitsch, nephews and nieces for analysis, the paper reported.

Those attending the back-to-back burials include motorcyclists from American Legion Riders, the Patriot Guard Riders and the Christian Motorcycle Association, the paper reported.

“We didn’t know what to expect, but we weren’t expecting all of this,” McLaughlin told the paper. “To know we finally have them here and they can finally rest. That’s amazing.”