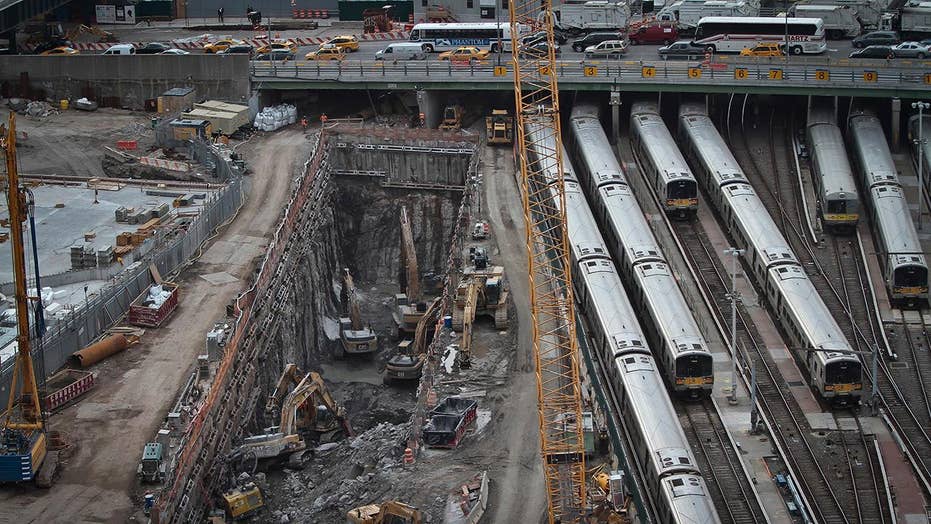 NY-NJ Amtrak tunnel upgrade may not get funding from DC

The plan to build a new tunnel under the Hudson River may not get the money it needs from President Trump and Congress; Douglas Kennedy reports on the funding threat to the infrastructure project.

In October, 2012, Tyrone Gordon was underground inspecting train tracks below Manhattan, when water started gushing in.

“You had a whole volume, a whole lot of volume, rushing in at the same time,” he recounted as he pointed up at the wiring. “The water got up to about eight-foot high in the tubes.”

Gordon is an engineer for Amtrak. “The tubes” are the “north” and “south” appendages of the North River Tunnel, a two-mile rail link under the Hudson River.

It is, in fact, the nation’s busiest transit route connecting New York City to the southern half of the east coast, and Gordon says it’s falling apart because of age and the saltwater drenching it took during Hurricane Sandy five years ago.

President Trump and the White House roll out a $4 trillion budget plan; The 'Special Report' All-Star Panel debates if the money is going to the right places.

He says since, Amtrak has had seven major electrical outages inside the North River Tunnel because of corroding wiring.

“That means we have reduction in the capacity of the voltage,” he explains. “We gotta stop trains, and it reduces capacity to the trains that we can run.”

Anyone who lived through last year’s transit “summer of hell” in New York City can testify to the delays.

But it’s not just electrical problems that have Amtrak officials freaking out.

Concrete inside the tunnels, built in 1910, is crumbling.

“This is the most urgent infrastructure project in America,” says John Porcari. “We need to build a new tunnel.”

Porcari is the executive director of the Gateway Development Corporation, a group that’s trying among other things, to secure funding for a new transit tunnel under the Hudson River from New York to New Jersey.

He says it would be impossible to simply repair the current tubes because it essentially would halt transit up and down the east coast.

“The existing 107-year-old tunnel is the single point of failure for 10 percent of America’s gross domestic,” he explains, as he looks toward the opening of the north tube under Penn Station. “We need to build a new tunnel, then repair the old ones. “

“From Boston to Richmond,” he adds, “it would cripple the Northeast Corridor and we’d lose three-quarters of the capacity under the Hudson River.”

The Obama administration wholeheartedly agreed putting “Gateway” atop of its list of infrastructure priorities, and pledging to fund half of the $30 billion price tag.

In September, President Donald Trump, a native New Yorker, met with state officials from both New York and New Jersey to hammer out the details of an agreement. The states pledged to pay half after officials said the president gave his support.

But in December, Trump seemed to change his mind. A letter from his transportation administration sent to Gateway just before the new year called a deal on Gateway “nonexistent.” 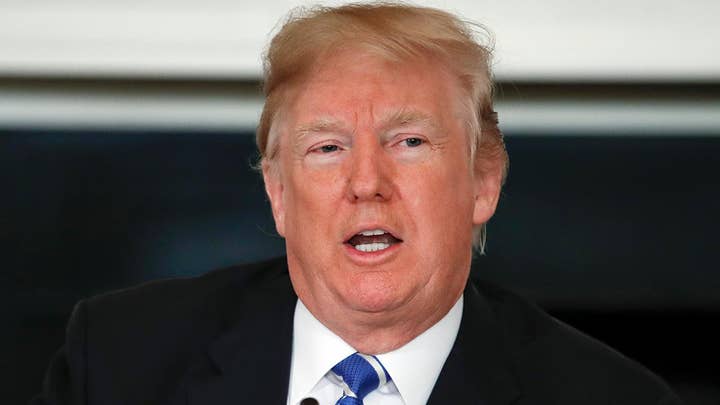 Porcari, who already has started construction on parts of the project, is confident Trump eventually will come around.

“Well, like any project of national significance it’s a federal/local partnership,” he explained.

“I’m pleased to say that we have the local commitment of billions of dollars from New York and New Jersey. I am confident over the long term that we will have our federal partner at the table.”

“In the end,” he adds as he walks back toward the tunnel exit, “it can’t get built without ’em.”