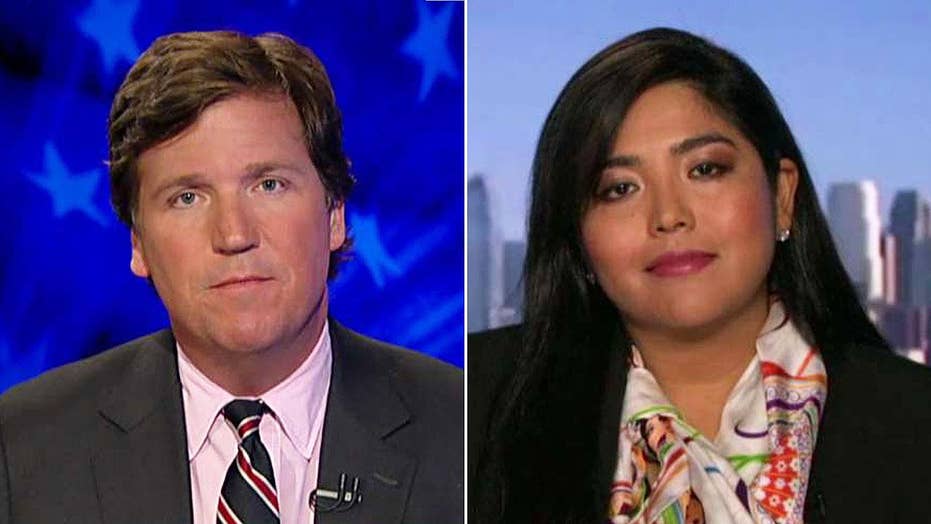 Tucker to author: Why's Trump's wall a symbol of hate?

Tucker takes on undocumented immigrant who became a VP at Goldman Sachs and an American citizen and says president's deportation force is scarier than his proposed border wall, which is a 'symbol of hate' #Tucker

Carlson, whose show airs live from Washington, features lively debates and bills itself as the "sworn enemy of lying, pomposity, smugness and groupthink, " will move to the key 8 p.m. ET hour, anchoring a powerful lineup on America's most-watched cable news channel.

"Hannity," with Sean Hannity, will remain in its 10 p.m. ET time slot, and "Special Report with Bret Baier" will air from 5 p.m. to 7 p.m. next week until a new show hosted by Eric Bolling takes over the 5 p.m. slot beginning April 28.

Other changes include popular debate show "The Five" moving into the 9 p.m. timeslot and Martha MacCallum's 7 p.m. ET show, "The First 100 Days," going permanent on April 28 as "The Story with Martha MacCallum."

Hope you'll join me every night at 7pm ET for #TheStory with Martha MacCallum. A new adventure - dig into The Story of our times with me!

New programming and debut dates are as follows, with all times Eastern:

? 7 p.m. -- "The Story with Martha MacCallum" airs live, debuting on Monday, May 1. MacCallum will continue anchoring "The First 100 Days" through April 28