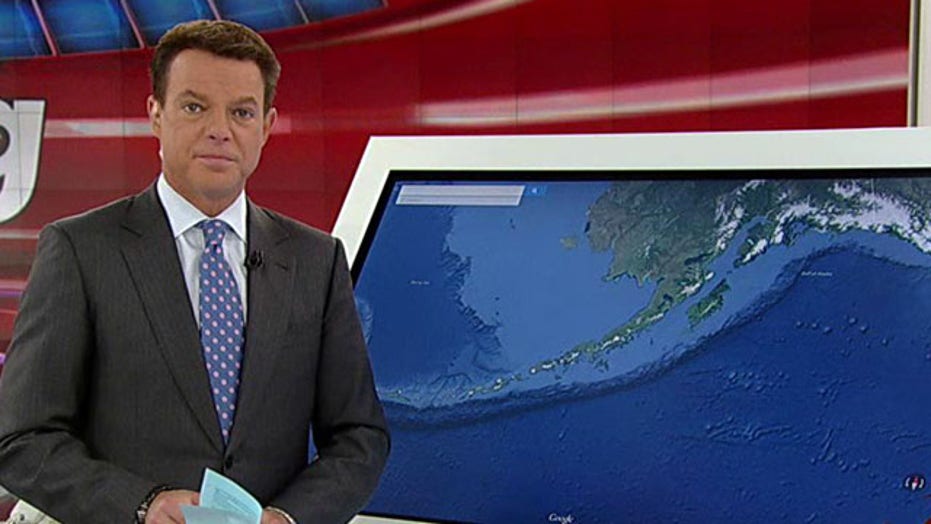 Earthquake off the Aleutians

A tsunami warning was issued on Monday for part of the Aleutian Islands after an earthquake struck off Alaska.

The U.S. Geological Survey says a magnitude-8.0 quake was recorded at 12:53 p.m. local time Monday afternoon. It was centered about 13 miles southeast of Little Sitkin Island.

There were no immediate reports of any injuries or damage.

An hour after the earthquake, the National Tsunami Warning Center in Palmer reported that a small tsunami of around 6 inches was recorded in Amchitka, according to the Anchorage Daily News.

Officials at the center told KTUU that "it's not looking like it's a significant height in the wave."

But Scott Langley, an electronics technician at the center, said "it doesn't take a lot of height in waves to do damage."

Natasha Ruppert, a seismologist with the Alaska Earthquake Center, said the communities that would have suffered damage are also under tsunami warnings, so people may not have been able to get out and check for damage yet.

It was recorded at a depth of 60 miles, which is relatively shallow for an earthquake in the Aleutian Islands. The shallower the quake, the more likely it will be felt.

The National Tsunami Warning Center issued a tsunami warning for coastal areas between Nikolski to Attu, on the Aleutian Islands. A warning means significant inundation is possible or occurring. Residents are being warned to move inland toward higher ground.

A tsunami advisory was also issued for coastal areas stretching from Nikolski to Unimak Pass. An advisory means strong currents or dangerous waves are expected, but widespread inundation isn't likely.

"If you are located in this coastal area, move inland to higher ground," the National Weather Service said.

The National Weather Service and U.S. Coast Guard also sent out alerts to fishermen who could be at risk because of the waves, KTUU reports.