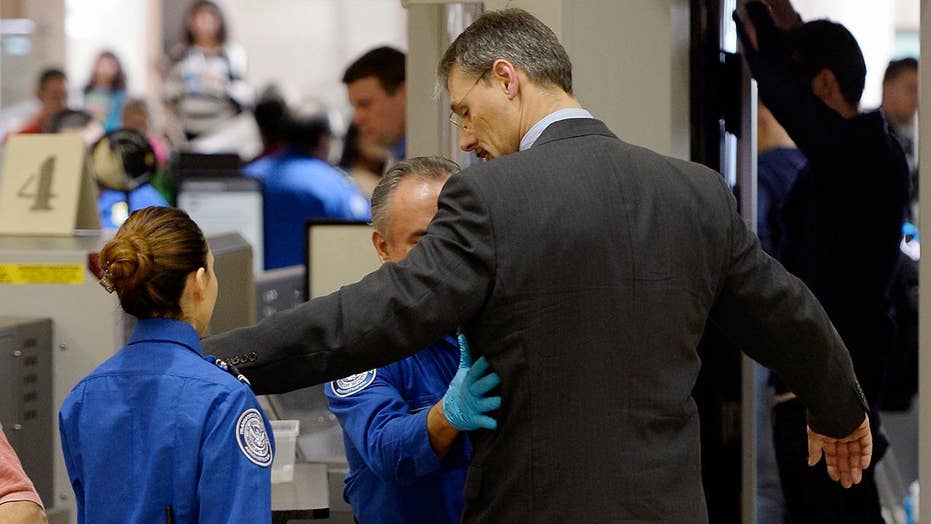 Undercover Homeland Security investigators were successful attempting to sneak mock knives, guns and explosives past TSA agents at airports around third-quarters of the time.

Undercover Homeland Security investigators trying to sneak mock knives, guns and explosives past TSA agents at airports reportedly were successful around third-quarters of the time, according to multiple reports of a classified briefing that was given to a House committee.

The undercover agents carrying the items slipped past security checkpoints more than 70 percent of the time, CBS News reported, while a source told ABC News that the figure was around 80 percent.

"I found that briefing disturbing," Rep. Michael McCaul, the Chairman of the House Homeland Security Committee, said at a public hearing Wednesday. "We need to do more to confront the growing threats aimed at the aviation sector."

“We take the OIG’s findings very seriously and are implementing measures that will improve screening effectiveness at checkpoints,” TSA Administrator David Pekoske said in a statement. “We are focused on staying ahead of a dynamic threat to aviation with continued investment in the workforce, enhanced procedures, and new technologies.”

The TSA said it conducted tens of thousands of internal tests in 2016 and 2017, but did not disclose the results.

Pekoske also told the committee Wednesday about CT scanners, which provide three-dimensional images that make it easier for TSA agents to detect dangerous items in carry-on baggage. The scanners are currently being tested at checkpoint lanes in airports in Phoenix and Boston.

"To invest in the CT technology requires funding above what TSA currently has," Pekoske said during the public hearing Wednesday. He added that the system hasn’t been implemented beyond checked bags in airports because the machines until recently have been too heavy and large to fit in checkpoint areas.

WHY YOU SHOULD NEVER WALK THROUGH AIRPORT SECURITY BAREFOOT

“New technology will also strengthen our ability to keep up with emerging threats,” said McCaul, R-Texas. “Taking down airplanes is a constant goal of terrorists, but how they go about trying is always changing.”

And in 2015, Homeland Security officials confirmed to Fox News that TSA screeners failed 67 out of 70 tests -- or 96 percent – at American airports.