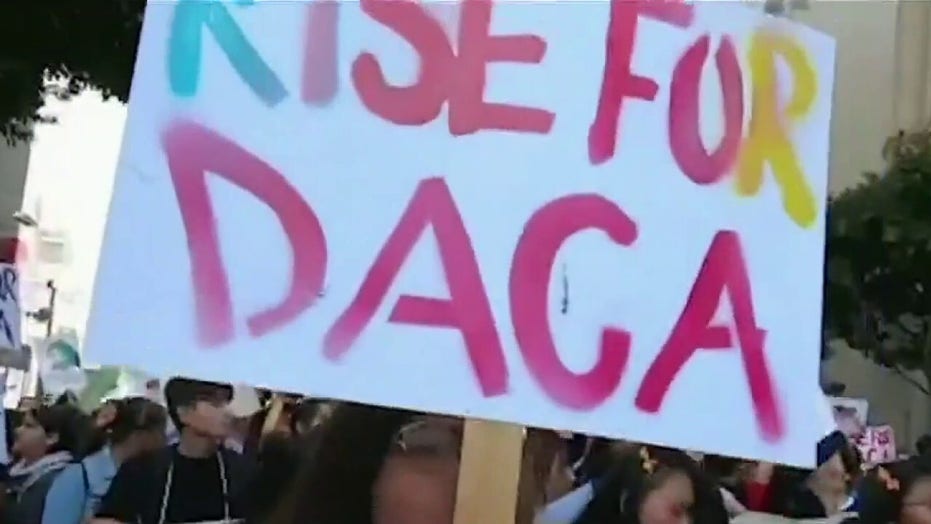 Trump supporters are more likely now to say that immigrants strengthen society than they were four years ago, according to a Pew Research poll released Thursday.

Nearly a third, 32%, of Trump supporters say newcomers strengthen American society now, more than in 2016 when just 19% had a positive view of immigrants.

Views of immigration on the left have moved in the same direction, as 84% of Biden supporters think newcomers strengthen society, while 71% of Clinton supporters in 2016 thought the same thing.

The Trump campaign attributes the shift in opinion to more confidence in how the immigration system works.

“Since President Trump was elected, he’s delivered on his America First agenda, which includes reforming our immigration system," Samantha Zager, deputy national press secretary for the Trump campaign, told Fox News. "Americans have more confidence in our nation’s immigration system now, after just one term of President Trump in the White House, because they know he’s working to fix the system, secure our border, and stop violent criminals and deathly drugs from entering our country.”

The Biden campaign did not respond to a request for comment Thursday.

Alex Nowarasteh, director of immigration studies at the Cato Institute, said that a combination of political and economic factors likely contributed to this shift in opinion.

"Low unemployment prior to COVID may have convinced some Republicans that immigrants are a net gain to the country," Nowrasteh said. "Republicans may feel more secure when a president from their party is in charge, and the number of illegal immigrants coming into the country is at near-historic lows."

There is also evidence that the president's priorities for a potential second term may be different. The Trump campaign last month released a list of 50 goals the president would pursue if reelected, and immigration was part of only six of them. That's a far cry from 2016, when illegal immigration animated countless speeches, interviews, and tweets by then-candidate Trump.

The change in the president's rhetoric on immigration may also be due to his attempt to court Hispanics, who make up nearly a third, 31%, of all immigrants arriving to the U.S. each year.

Polls show the president's strategy may be working. Biden still holds a wide lead among Hispanic voters nationally, but a Quinnipiac University poll of Florida voters last week found that Hispanics in the all-important swing state support Trump by a slim margin over Biden, 45% to 43%.