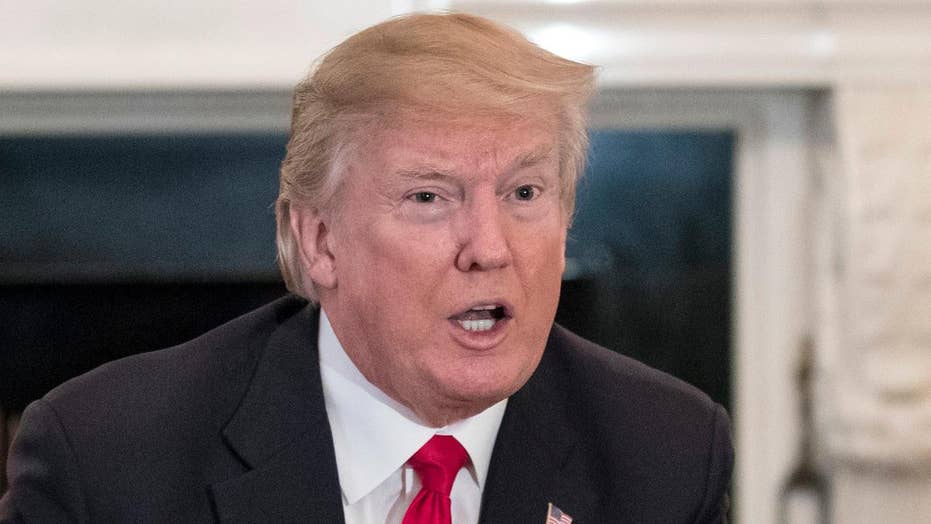 WASHINGTON – President Donald Trump on Tuesday signed a new executive order to keep open the U.S. military prison at Guantanamo Bay, marking a formal reversal of his predecessor's eight-year effort to shut it down.

Trump made it clear during his campaign that he wanted Guantanamo to remain open and to "load it up with some bad dudes," but he has not yet sent a new detainee to the facility.

The order, which he signed just before delivering his first State of the Union address, says the U.S. maintains the option to detain additional enemy combatants at the detention center in Cuba when lawful and necessary to protect U.S. national security. It requires the defense secretary to recommend criteria for determining the fate of individuals captured by the United States in armed conflict, including sending them to Guantanamo.

"Terrorists who do things like place bombs in civilian hospitals are evil," Trump said. "When possible, we have no choice but to annihilate them. When necessary, we must be able to detain and question them. But we must be clear: Terrorists are not merely criminals. They are unlawful enemy combatants."

"In the past, we have foolishly released hundreds and hundreds of dangerous terrorists only to meet them again on the battlefield, including the ISIS leader, al-Baghdadi, who we captured, who we had, who we released," he said, referring to Islamic State group leader Abu Bakr al-Baghdadi.

The office of the Director of National Intelligence said in its most recent report on the subject that about 17 percent of the 728 detainees who have been released from Guantanamo are "confirmed" and 12 percent are "suspected" of re-engaging in militant activities.

But the vast majority of those re-engagements occurred with former prisoners who did not go through the security review that was set up under President Barack Obama. Trump's order says this review process would continue to be used to determine whether detainees should be held.

Practically, not much is expected to change with Trump's new order, said Lee Wolosky, who was Obama's special envoy at the State Department for closing Guantanamo.

"But as a symbolic matter, it changes a great deal because the two presidents before him were trying to close Guantanamo because they recognized that it was a detriment to our national security," he said. "Symbolically, it reaffirms his interest in perpetrating a symbol that has greatly damaged the United States."

European allies, Muslim leaders and other critics have been vehemently opposed to how detainees have been held at Guantanamo for decades without charge.

"I have no doubt terrorist groups like ISIS will applaud Trump's announcement that it is now the formal policy of the United States to detain Muslims forever without charge in an offshore prison," said attorney J. Wells Dixon of the New York-based Center for Constitutional Rights.

He said militants will continue to use it to recruit new members. "Keeping Guantanamo open is politically expedient but exceedingly stupid no matter how you look at it."

The detention center, which President George W. Bush opened after Sept. 11, 2001, reached a maximum population of about 680 in the summer of 2003. Bush transferred about 500 out before he left office. Obama transferred 197 detainees out, leaving 41, including five cleared for release.

Trump also asked Congress to make sure that in the fight against the Islamic State group and al-Qaida, the United States has necessary power to detain terror suspects "wherever we chase them down, wherever we find them." That was an apparent reference to current war powers written years ago that some argue do not cover the fight against IS.