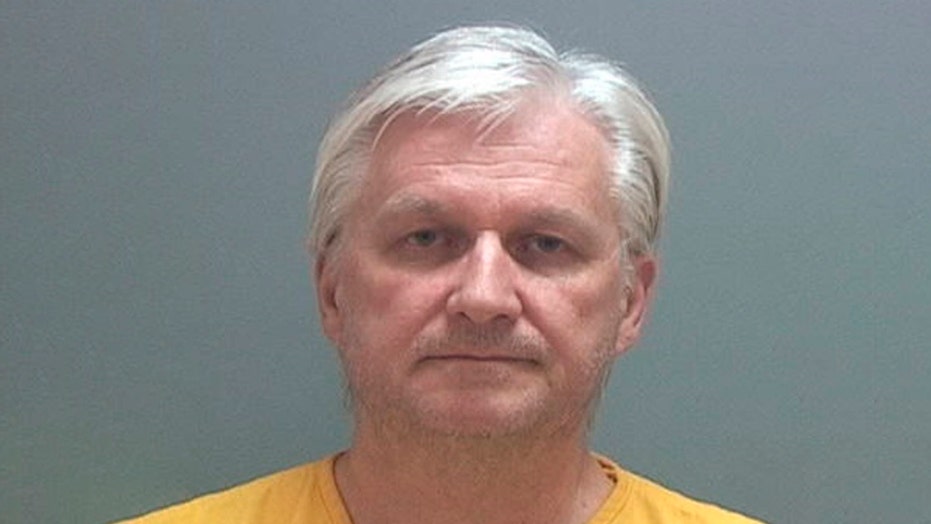 Ron Rockwell Hansen, 60, pleaded guilty in March to one count attempting to gather or deliver national defense information to aid a foreign government. The charge carries a maximum sentence of life in prison, but prosecutors agreed to recommend a 15-year sentence as part of Hansen's plea agreement.

Hansen retired from the U.S. Army as a warrant officer in 2006 and was hired by the DIA as a civilian intelligence case officer. He told investigators he was targeted for recruitment by Chinese intelligence agents while he was working as a government contractor in China. Authorities say they offered him hundreds of thousands of dollars if he would pass along technology and information about U.S. military and intelligence issues.

Hansen, who speaks fluent Russian and Mandarin Chinese, told authorities he attended trade conferences on behalf of China and shared information he gathered with officials connected to Chinese intelligence. Charging documents allege he transferred forensic software worth several thousand dollars, in violation of export controls. Prosecutors claimed he was paid as much as $800,000 over several years.

The Washington Free Beacon, citing court documents, reported that in addition to money, Hansen's spying was motivated by his distaste for President Trump. During an intercepted phone call, Hansen attempted to recruit a DIA coworker as a fellow Chinese spy by saying he feared Trump would start a war and that was justification to provide Chinese intelligence agencies with information for their efforts to penetrate U.S. defense.

"The Chinese government continues to attempt to identify and recruit current and former members of the United States intelligence community," Utah U.S. Attorney John Huber said in a statement. "This is a very troubling trend. These individuals must remain vigilant and immediately report any suspicious activity. The Hansen case is an example of what will happen to those who violate the public’s trust and risk our national security by disclosing classified information.

Hansen, a father of six, apologized to his wife and family prior to sentencing in Salt Lake City federal court, as well as his colleagues in the U.S. intelligence community and the military whom he called “my brothers and sisters in arms.”

“They all deserve better from me,” Hansen went on. “I would give anything to go back and change this. Anything.”

Hansen was arrested in June 2018 on his way to Seattle-Tacoma International Airport to board a flight to China. After his arrest, Hansen admitted that he had solicited national defense information from a DIA case officer on behalf of Chinese intelligence agencies. The case officer reported Hansen to the DIA and agreed to become an FBI informant.

Hansen's case is one of several involving U.S. intelligence officers spying for China. In May, former CIA officer Kevin Mallory was sentenced to 20 years in prison for selling state secrets to China for $25,000. That same month ex-CIA officer Jerry Chun Shing Lee pleaded guilty to conspiring with China to commit espionage.