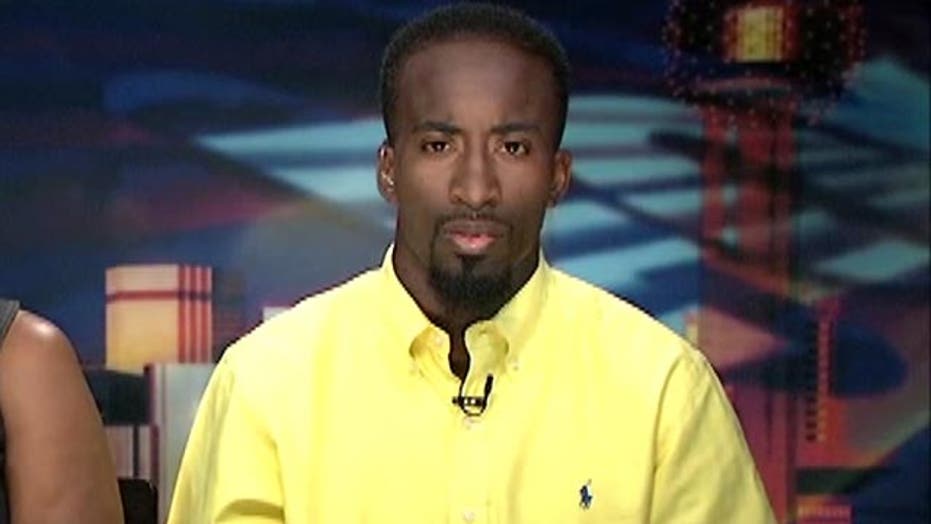 Trucker: How I accidentally drove into Mexico

An American trucker who languished for seven months in a Mexican prison after accidentally carrying ammunition across the border told Fox News’ Greta Van Susteren the experience was “the worst thing that anybody could ever go through.”

Jabin Bogan recounted his 2012 plight on “On the Record with Greta Van Susteren” Tuesday, a case which bears striking similarities to that of U.S. Marine Sgt. Andre Tahmooressi.

Tahmooressi was arrested March 31 after accidentally crossing into Mexico with three registered guns. On Wednesday, he will have his first appearance before a Mexican judge to plead for his freedom.

Bogan said he was making a delivery near the border when he got confused because of construction on the freeway. He said he attempted to turn around but ended up in Mexico.

He was then stopped by Mexican authorities. He said he told them he was carrying ammunition for a delivery in Arizona, and was attempting to go back across the border to the U.S.

“They said, well, you have got a serious problem right now,” he said. “And the next thing you know they put me in handcuffs and put me in custody and put me in a little room and I was there for the next seven months.”

Bogan described his time in the Mexican prison as “hopeless,” saying he had no idea what was going to happen to him. He said it was also difficult because he did not speak the language.

“It’s like you against the world in there,” he said. “Nobody knows you, nobody in there. It’s hopeless really. Like, there is no hope. There is no communication. There is no phone calls. There is no letters.”

Bogan’s mother Aletha Smith told Van Susteren the ordeal was terrible and frustrating, saying she did not know what was happening to her son.

“Just to sit here and relive it – it’s a horrible feeling to hear that your son has been arrested in a foreign country that neither of us knew anything about or why,” she said.

Bogan said eventually he was released, for reasons that are still unclear to him.

“It’s really just – in my opinion, I think it’s the worst thing that anybody could ever go through,” he said.