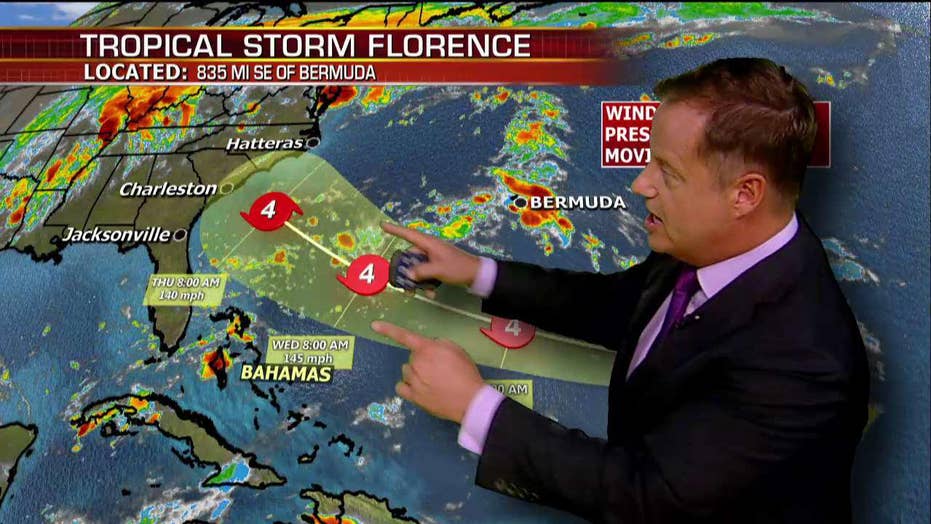 The governor of South Carolina has followed North Carolina in declaring a state of emergency as Tropical Storm Florence becomes a “better organized” weather system that’s expected to strengthen to a hurricane on Saturday.

The approaching storm prompted North Carolina Gov. Roy Cooper to declare a state of emergency on Friday, a step that makes resources available for addressing the storm's effects.

The storm was expected to bring heavy rain, dangerous surf and rip currents to North Carolina, where Cooper called on residents, specifically farmers, to make preparations.

“While it’s still too early to know the storm’s path, we know we have to be prepared,” Cooper said in a news release. “During harvest, time is of the essence. Action today can avoid losses due to Florence.”

Cooper signed a transportation waiver that would allow farmers to harvest and transport their crops more quickly.

“This is not an evacuation. It is way too early for that,” McMaster said. “We know that it’s coming and we know that we need to take precautions.”

“We are preparing for the worst and of course hoping for the best. Being prepared is always the best strategy," he said.

In an 11 a.m. ET Saturday update, the National Hurricane Center [NHC] placed the storm southeast of Bermuda, with maximum sustained winds of 65 mph. It was moving west at 7 mph.

The NHC said the center of Florence will move between Bermuda and the Bahamas on Tuesday and Wednesday before approaching the southeastern U.S. coast on Thursday. The NHC said Florence was expected to become a major hurricane by Tuesday.

Swells generated by Florence could cause dangerous rip currents and coastal flooding Saturday in areas including coastal Delaware and New Jersey, the National Weather Service said.

Meanwhile, a new tropical storm, “Helene,” has formed in the eastern Atlantic off the western coast of Africa. The National Hurricane Center in Miami said Saturday morning that Helene was located about 270 miles east of the southernmost Cabo Verde Islands. The storm’s maximum sustained winds were 45 mph and it was moving west at 13 mph.

"Since we are near the peak of hurricane season, this is a good time for everyone who lives in a hurricane-prone area to ensure they have their hurricane plan in place," hurricane specialist David Zelinsky wrote in a forecast advisory.