A tropical depression in the Eastern Pacific Ocean formed into Tropical Storm Agatha on Saturday, becoming the first named storm of the 2022 East Pacific hurricane season.

At 7 a.m. CDT, it was located about 220 miles southwest of Puerto Angel, Mexico, and moving toward the west near 5 mph.

The National Hurricane Center said it was expected to become a hurricane on Sunday as it approaches southern Mexico.

A Hurricane Watch was issued for portions of the southern coast of Mexico, from Salina Cruz to Punta Maldonado.

Hurricane conditions are possible within that area on Monday, with the potential for tropical storm conditions late Sunday.

"There is an increasing risk of tropical-storm-force and hurricane-force winds along portions of the southern coast of Mexico in the next two to three days, and a Hurricane Watch is now in effect for portions of this area." the agency said. "Interests in this area should closely monitor the progress of this system and updates to the forecast."

"Heavy rain associated with Agatha will develop over portions of southern Mexico by Sunday and continue through Tuesday. This will pose a threat of potentially life-threatening flash flooding and mudslides," it said.

Forecasters say it will bring the threat of flash flooding and heavy rainfall.

As of now, the hurricane center is not anticipating any tropical cyclone formation in the Atlantic, Caribbean Sea or Gulf of Mexico during at the least the next five days.

In its 2022 seasonal outlook, the National Oceanic and Atmospheric Administration (NOAA) said it is predicting above-average hurricane activity. 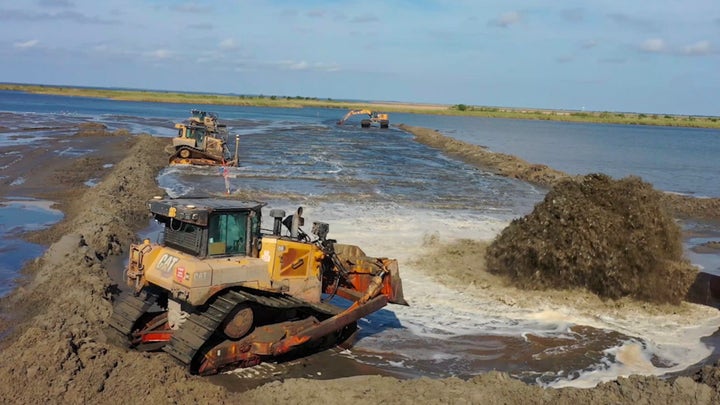 There is a likelihood of 14 to 21 named storms and six to 10 of those storms could become hurricanes.

In addition, three to six of those could become major hurricanes, with winds of 111 mph or higher.

The Atlantic hurricane season extends from June 1 to Nov. 30.