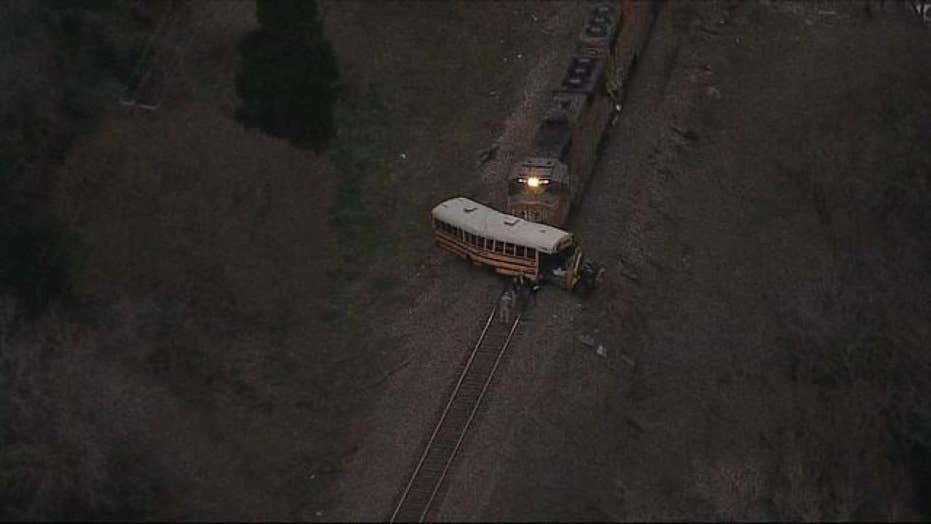 A Union Pacific train slammed into a school bus killing a student and injuring two others.

A Union Pacific train slammed into a school bus on Friday in East Texas, killing a middle school student and injuring the bus driver and another student, authorities said.

The accident happened around 4 p.m. when the bus, from the local school district, was attempting to cross tracks in Athens, a city of 12,700 residents about 70 miles southeast of Dallas, the Tyler Morning Telegraph reported.

He said a 13-year-old male student was killed and the 78-year-old bus driver was in stable condition after being hospitalized for unspecified injuries, Hill said. A 9-year-old girl who attends Central Athens Elementary School was injured and flown to a Dallas hospital, where she was in critical but stable condition.

No other students were on the bus, according to the school district. The names of the two students and the bus driver were not immediately released.

"My heart is broken for the families," School Superintendent Blake Stiles said.

Both students had to be cut out of the wreck, Fox 4 Dallas reported.

Authorities were still determining the cause of the collision.