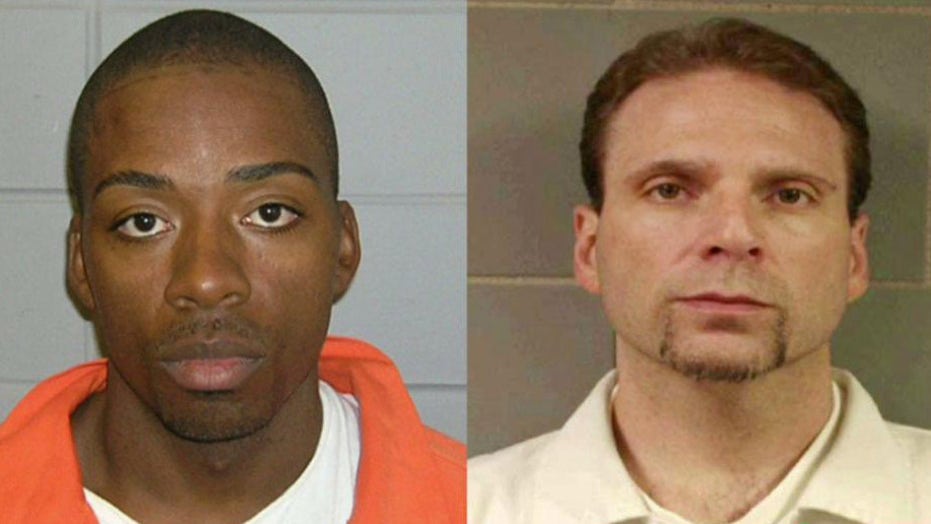 Video surveillance near the Chicago jail where two inmates made a brazen escape using rope to grapple down the side of the 27-story facility show two plain-clothed men enter a taxi cab around the time the two may have disappeared, MyFoxChicago.com reported.

Joan Hyde, an FBI spokesman, said the men got into the car at about 2:45 a.m Tuesday. They were dressed in light colors. A few hours later, the men, identified as Joseph "Jose" Banks and Kenneth Conley, visited Conley's mother's home in Tinley Park. The home is in a heavily wooded area about 25 miles south of Chicago.

The case has since gone cold. "Time is not on our side," Hyde said.

To be sure, there is a multi-agency manhunt in Chicago and the reward for information leading to their arrest has been increased to $60,000.

The two inmates, identified as bank robbers in local reports, descended almost 20 stories  to escape the downtown Metropolitan Correctional Center. They were first reported missing after they were unaccounted for during the 5 a.m. headcount.

It appeared to illustrate a meticulously planned escape -- which came a week after Banks made a courtroom vow of retribution. Both men are facing hefty prison sentences, and the FBI said they should be considered armed and dangerous.

Banks, known as the Second-Hand Bandit because he wore used clothes during his heists, was convicted last week of robbing two banks and attempting to rob two others. Authorities say he stole almost $600,000, and most of that still is missing.

During trial, he had to be restrained because he threatened to walk out of the courtroom. He acted as his own attorney and verbally sparred with the prosecutor, at times arguing that that U.S. law didn't apply to him because he was a sovereign citizen of a group that was above state and federal law.

After he was convicted by U.S. District Judge Rebecca Pallmeyer, he said he would "be seeking retribution as well as damages," the Chicago Sun-Times and Chicago Tribune reported.

When the judge asked how long he needed to submit a filing, Banks replied: "No motion will be filed, but you'll hear from me."