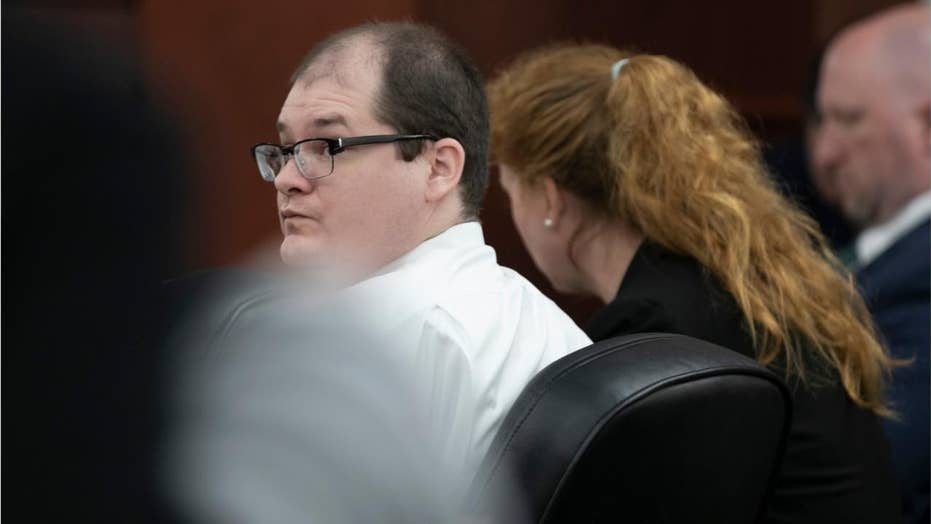 A South Carolina dad gets the death penalty after killing his five children. During the trial prosecutors gave the jury a favorite toy of one of the children. The toy hauntingly said, ‘Boy, am I glad to see you!’

At one point during the summer trial that resulted in a South Carolina father being sentenced to death for the brutal killing of his five children, a prosecutor reportedly showed jurors one of the dead children’s favorite dolls that was ripped to shreds by his dad.

Rick Hubbard, the prosecutor, identified the doll as the iconic Woody from “Toy Story.” The doll was damaged by the boy’s father, Timothy Jones Jr., to torture his son Nahtahn, 6, according to prosecutors.

June 13: Timothy Jones Jr. looks around the courtroom during closing arguments of his trial in Lexington, S.C. (Tracy Glantz/The State via AP, Pool)

Hubbard passed the doll to the jurors, who flinched when the doll's recorded voice spoke out, "Boy, am I glad to see you!"

South Carolina's The State newspaper, in an in-depth profile about the psychological toll that the murder trial had on the Lexington County jury, reported that jurors said hearing the doll's voice was like receiving a message from the 6-year-old who loved the doll "more than anything."

The man had primary physical custody of the children after he divorced their mother, Amber Kyzer, who was granted regular visitation.

The report said an FBI agent played a tape during the trial where Jones, 37, who killed all five of his children, apparently saved the worst torture for Nahtahn, whom he made do exercises until fatal exhaustion in August 2014.

Over the next several hours, Jones left the house to buy cigarettes, taking his oldest daughter so she wouldn't call for help, and leaving the three other kids with their brother's body. Then he made a decision, just like the one the jury was called upon to make, the prosecutor said.

"He sentenced his kids to death," Hubbard said.

In a confession, Jones said he strangled 7-year-old Elias with his hands and chased down 8-year-old Merah before choking her. Her last words were reportedly, "I love you, daddy."

He then used a belt to choke 2-year-old Gabriel and 1-year-old Abigail because he said his hands were too big.

That deserved death and not life, Hubbard said.

The defense focused on what Jones' lawyers called undiagnosed schizophrenia made worse by drug and alcohol use. Jurors last week rejected their arguments that Jones was not guilty by reason of insanity or guilty but mentally ill.

During his closing argument, defense lawyer Casey Secor focused on how much Jones is loved by his family even after the killings. His grandmother, father and siblings all asked jurors to spare his life.

The testimony was tragic. Jurors told the paper that they could hear each other “sobbing through the walls during the trial.

Hubbard said after the trial, "No mercy was shown to the kids, but justice was done in this case."