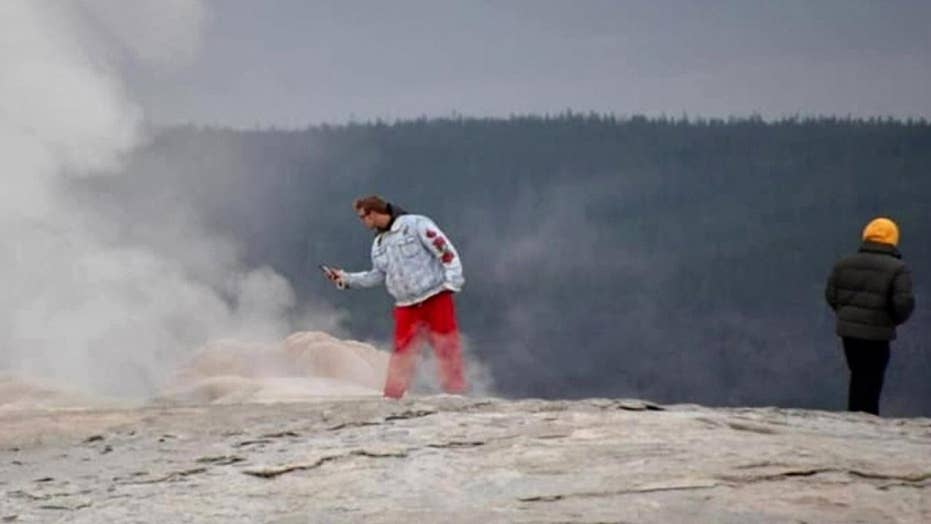 Tourists were arrested at Yellowstone National Park in Wyoming for 'thermal trespassing' at the Old Faithful geyser. The National Park Service is now asking the public to practice safe selfies.

A tourist visiting Yellowstone National Park on Sunday suffered severe thermal burns after he tripped into a hot spring near Old Faithful Geyser, according to local reports.

Cade Edmond Siemers, 48,  a U.S. citizen who lives in India, told rangers he was walking without a flashlight at the time of the fall, the Jackson Hole News & Guide reported. He managed to get back to his hotel room and was eventually flown to the burn center at an Idaho hospital. He was listed in critical condition.

Park rangers said they detected “evidence” of alcohol use back in the hotel room.

Yellowstone was established as the world’s first national park back in 1872, according to NPS.gov.

The park has about 500 geysers. Park rangers are able to predict the eruption of six of them, including Old Faithful that has only lengthened the time between eruptions by about 30 minutes in the last 30 years. Four million people travel there each year.

The hospital told the Idaho Statesman that Siemers was in intensive care.

In 2016, Colin Nathaniel Scott, 23, of Portland, Ore., left the boardwalk section near the geyser and fell into a high-temperature, acidic spring. Recovery efforts were called off after rangers determined there were no remains left in the hot spring.

The death occurred in one of the hottest and most volatile areas of Yellowstone, where boiling water flows just beneath a thin rock crust.

Water temperatures there can reach 199 degrees, the boiling point for water at the park’s high elevation.

At least 22 people are known to have died from hot spring-related injuries in and around Yellowstone since 1890, park officials said.