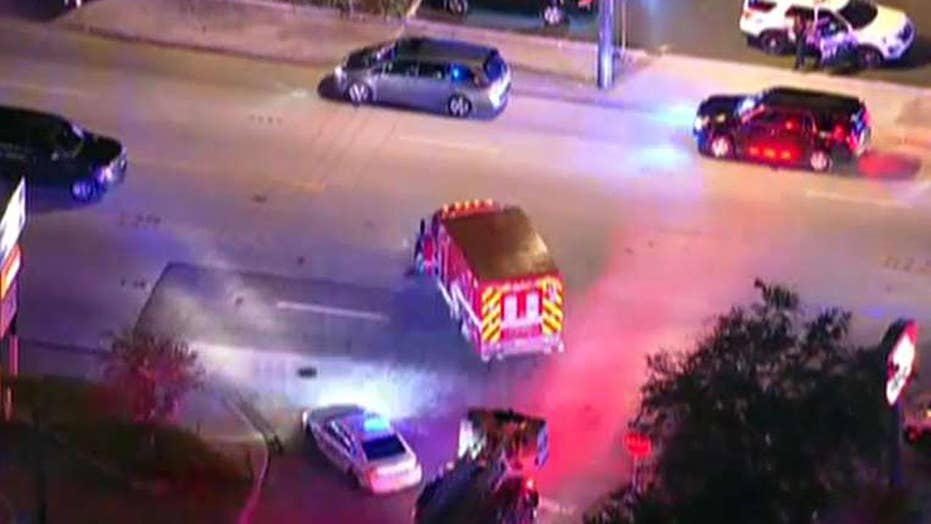 Incidents occurred in Florida and Pennsylvania

Three people were in custody Friday night, including a “strong suspect,” after one police officer was fatally shot and another suffered grave injuries in Kissimmee, Fla., south of Orlando.

At a press briefing, Police Chief Jeff O’Dell said police Officer Matthew Baxter succumbed to his wounds, and Officer Sam Howard was in critical condition, but the “prognosis does not look good,” O’Dell said.

The two officers were in the area of Palmway and Cypress, checking out a report of a suspicious person at approximately 9:27 p.m. Soon afterward, a 9-1-1 call came in, saying the officers had been shot, O’Dell said.

The area is known for high drug activity, the chief said.

O’Dell said the officers did not return fire, and it appears they were “surprised.”

When asked by reporters if the officers were ambushed, O’Dell said, “It’s too early to tell, but it's leading that way.”

Only one of the suspects was believed to have been armed, the chief said.

Both officers are husbands, and have children. Baxter is married to another Kissimmee police officer.

President Donald Trump took to Twitter to express his condolences.

The suspect was shot, and later died at a hospital, police tweeted.

In Pennsylvania, both state troopers were in stable condition and the suspect was killed, authorities said. A press briefing is scheduled for 10:30 a.m. Saturday.

The shootings are not related, authorities said.