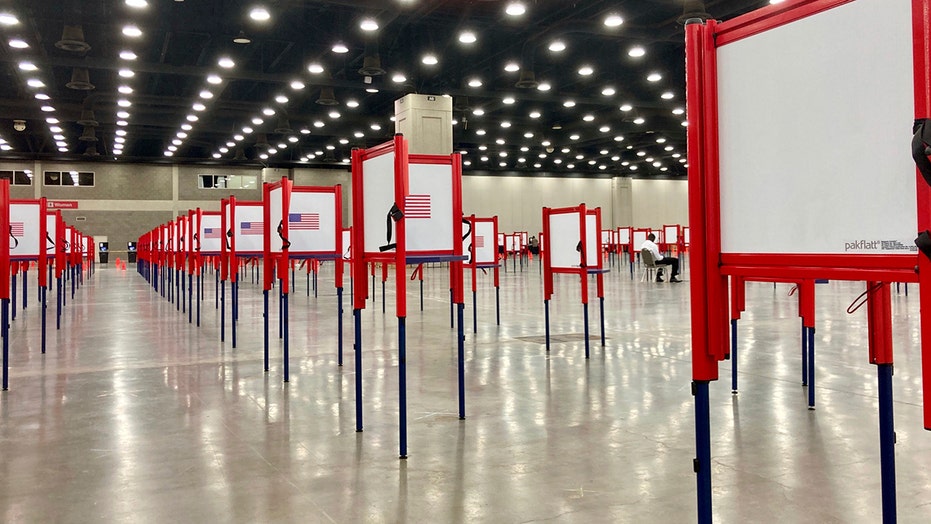 A New Hampshire woman walked into a polling station Tuesday with a political T-shirt – but pulled it off in a flash of defiance and voted topless when officials told her campaign clothing was banned, according to local reports.

The unidentified female entered an Exeter gymnasium with a shirt depicting President Trump and the late Sen. John McCain.

Town moderator Paul Scafidi told her she had to either take it off or cover it up -- so she slipped out of it and grabbed her ballot, the Union Leader recounted. She was not wearing anything underneath.

“Boom! The shirt’s off,” Scafidi told the outlet. “And she’s standing there saying, ‘How’s this?’”

He said there were about 15 voters at the poll, and he didn’t notice any children. But the voting booths had their curtains removed due to the coronavirus.

Andrea Shine, who witnessed the incident, said she laughed, according to the report.

“I think we all kind of needed it,” she said. “With everything going on in the world, it’s like, who cares?”

Still, it was unexpected for election officials.

“She could’ve just gone into the hallway and turned it inside-out,” Scafidi told Seacoast Online, adding that he could have had her lawfully removed but preferred not to escalate the situation.

“If she felt it was her right, more power to her,” he said. “We all laughed about it as things were winding down, so I don’t know if it was a set-up, but I’ve never experienced anything like that.”

Lovey Roundtree Oliff, a member of the Exeter Board of Selectman, similar to a town board or council, said it happened so quickly, there was no time for anyone to complain, she told the Union Leader.