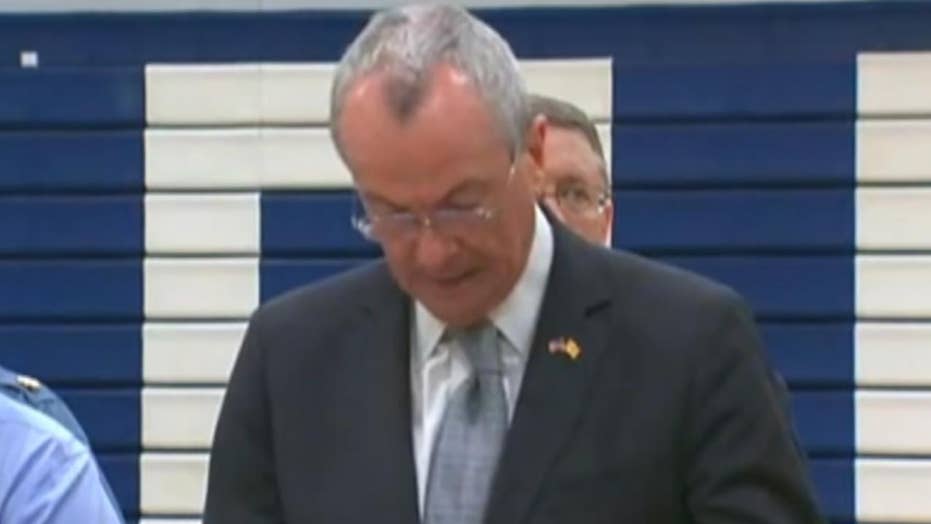 Governor Phil Murphy releases information after New Jersey school bus is involved in a serious crash with a dump truck.

A relative of the New Jersey fifth-grade teacher who died Thursday when the school bus she rode on collided with a dump truck said that her students were her life.

The relative, identified only as a brother-in-law of Jennifer Williamson-Kennedy, told NJ.com that the teacher, 51, who did not have children of her own, poured her heart and soul into nurturing and educating her students.

“She was a lifelong, dedicated teacher,” he said.

The accident occurred when the bus, which was taking a group of fifth-graders on a field trip, collided with a dump truck and toppled over on a busy highway.

The crash also killed a student, and left dozens injured.

First responders arrived in minutes to find students and adults strewn across the highway and median, with others still inside the bus.

"It was a rough scene to see," Jeff Paul, director of the Morris County Office of Emergency Management, said. "When I arrived there were children lying all over the place."

Police declined to release details about how the crash happened, but it occurred on a stretch of highway just past the exit for Waterloo Village, where the group was headed. The bus wound up on a guardrail close to a spot for emergency vehicles to make a U-Turn onto the highway. A sign there reads "No Turns."

Forty-five people, including 38 students, were on the bus. Forty-three people from the bus and the truck driver were hospitalized, some in critical condition.

The teacher’s husband, Kevin Kennedy, said in a statement released late Thursday to News 12 New Jersey that he was "in shock, devastated and totally crushed" by the death of his wife.

This image taken from WABC-TV video shows an overturned school bus after it collided with a dump truck, injuring multiple people, on Interstate 80 in Mount Olive, N.J., Thursday, May 17, 2018. (WABC-TV via AP)

He wrote that "my beautiful bride and I have been in total love every day of our lives since the day our eyes met on May 5th, 1994."

NJ.com reported that Williamson and her family had been dealing with the death of her father and brother in separate accidents.

The teacher and her husband had bought an old dairy farm in upstate New York with an eye toward building a new life there after Williamson retired, according to NJ.com

Mourners created a memorial near the school’s entrance, as parents, teachers, students and passersby left flowers and notes before classes began on Friday. The school said it reopened to allow students and faculty to grieve and receive counseling.

The bus was one of three taking students from East Brook Middle School in Paramus, about 15 miles (24 kilometers) west of New York City, to Waterloo Village, a historic site depicting a Lenape Indian community and once-thriving port about 5 miles (8 kilometers) from the crash scene. The other buses made it to the site but returned to the school about 50 miles (80 kilometers) away.

The crash left the bus lying on its side on the guardrail of Interstate 80 in Mount Olive, its undercarriage and front end sheared off and its steering wheel exposed. Some of the victims crawled out of the emergency exit in the back and an escape hatch on the roof.

Fifth-grade student Theo Ancevski was sitting in the fourth row of the bus and was treated at a hospital for cuts and scrapes. He said he thought something hit the truck right before he heard a scraping sound and the bus "toppled over."

"A lot of people were screaming and hanging from their seat belts," he said.

There is no federal requirement for seat belts on full-sized school buses, but six states including New Jersey require them.

Paramus schools superintendent Michele Robinson said the district was canceling school trips for the rest of the year. Schools were open Friday, with crisis counselors due to be on hand to help students and staff. But evening activities were canceled, and standardized testing was canceled for Friday and next Monday.

At a news conference Thursday, Gov. Phil Murphy said the truck driver was hospitalized, but officials didn't reveal his condition.

The front end of the red dump truck was mangled in the wreck, which took place about 50 miles (80 kilometers) west of New York. The truck was registered to Mendez Trucking, of Belleville, and had "In God We Trust" emblazoned on the back of it.

Cleanup crews loaded the wrecked bus onto a flat-bed truck Thursday night as they cleared the roadway.

The trucking company had a string of crashes in recent years and a higher than average rate of violations that sidelined its vehicles, according to federal safety data.

Mendez Trucking has about 40 drivers and trucks, according to the Federal Motor Carrier Safety Administration. Its trucks had been in seven crashes, none fatal, during the last two years before Thursday's crash, the FMCSA says. Messages left with the company weren't returned.

A Mendez-owned dump truck driven by a driver police say had a suspended license struck and killed a French fashion stylist in New York in January 2011, according to court records.

According to the National Highway Traffic Safety Administration, 118 people on school buses were killed in crashes from 2007 to 2016, the last year for which data is available. Of those killed, 68 were passengers, including 58 school-age children, and 50 were drivers. School bus crashes killed 902 people in other vehicles over that span.