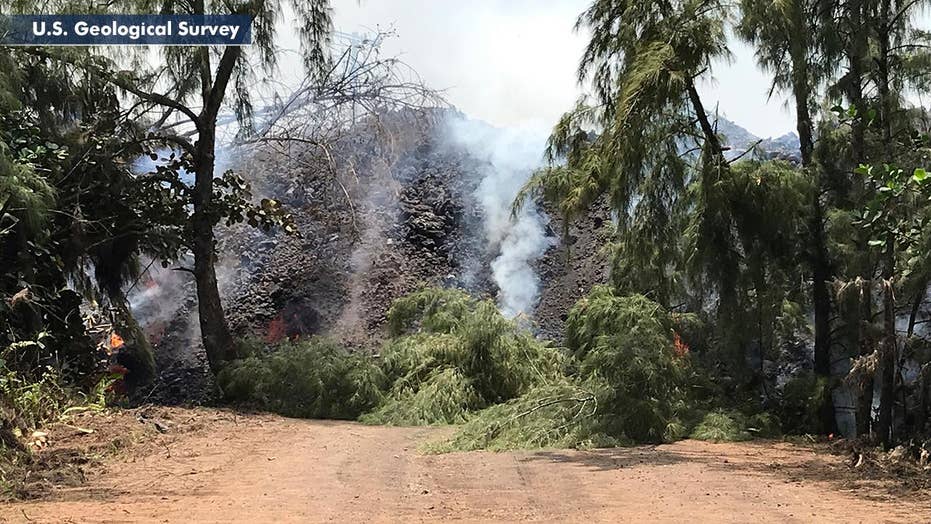 Authorities say as many as a dozen residents who decided not to evacuate are now cut off from power, water; Jeff Paul reports from Pahoa, Hawaii.

PUNA, Hawaii – Two men and one woman were airlifted to safety on Sunday after they were stranded in an isolated lava zone, Hawaii County Fire authorities said.

No one was injured.

Separately, The Hawaii County Fire Department said lava from Fissure 8 crept across Highway 137 and entered Kai Wai a Pele, or Green Lake, within the Kapoho Crater. The mix produced a large steam plume that quickly evaporated all of the water in the lake.

“By 1:30 p.m., the steam plume had ceased and by 3 p.m., a Hawaii County Fire Department overflight reported that lava had filled the lake and apparently evaporated all the water,” USGS said. 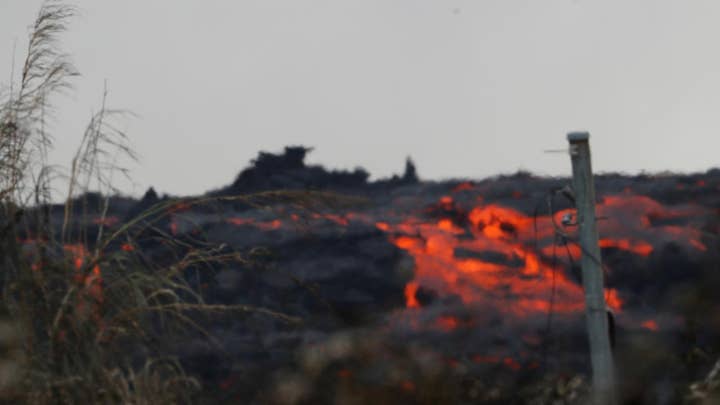 On Friday, fast-moving lava crossed a road and choked off the escape route for 40 homes in a rural subdivision below Kilauea. Four people had to be evacuated by county and National Guard helicopters.

The homes were isolated in the area east of Leilani Estates and Lanipuna Gardens — two neighborhoods where lava has destroyed 26 homes over the past two weeks.

County officials have been urging residents in the district to prepare for potential evacuations for weeks. Still, some holdouts appeared to be hellbent on staying put.

Officials also have had to deal with lava chasers trying to get up-close and personal with the geological phenomenon on display.

Seven people who were trying to get such views in Lower Puna will have to appear in court after they were hit with citations for loitering, officials said Saturday.

The citations were handed out Friday evening. The individuals will face “charges of loitering in a disaster zone under Hawai’i County code," a news release from the state Department of Land and Natural Resources (DLNR) said. 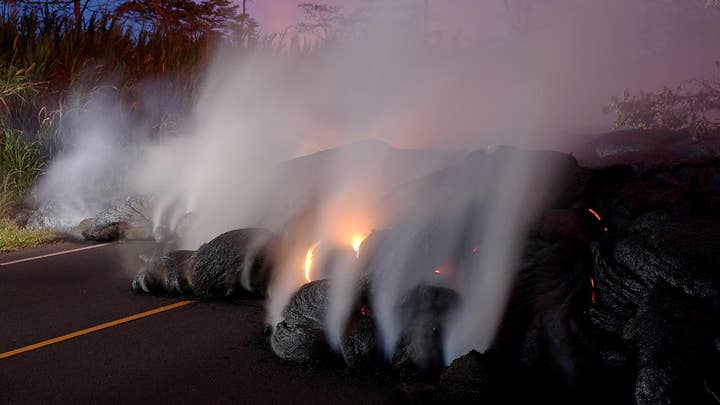 On May 3, Kilauea began shooting ash plumes 30,000 feet into the air. Thick waves of lava seeped from fissures in the ground, destroying homes, choking off escape routes and knocking out power before creeping its way toward the ocean. As it hit the blue waters of the Pacific, it created a dangerous steam laced with hydrochloric acid and fine glass.

About 2,500 residents have been displaced.